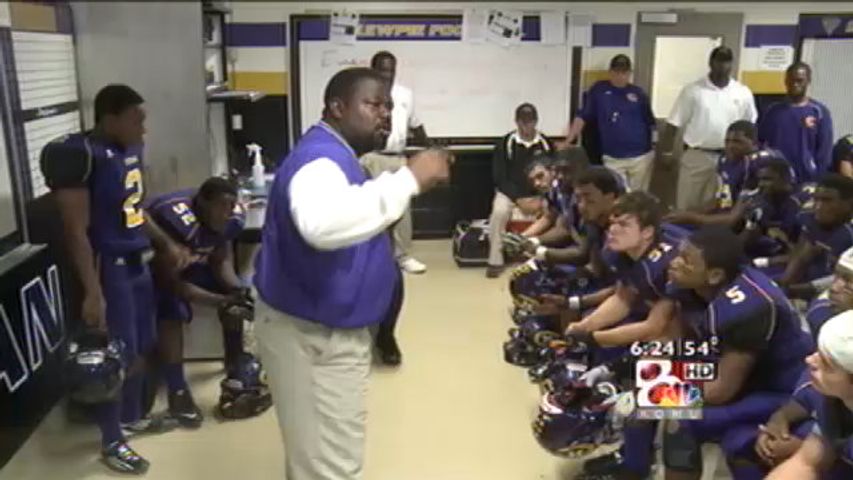 COLUMBIA -- It's a familiar sight for Columbia high school football fans: Rock Bridge versus Hickman. But unlike when the teams met Sept. 21,the loser of this contest won't play another 2012 game. It's playoff season in Missouri, and the city rivals are meeting in the district semifinal at 7 p.m. at Hickman High School.

On paper, the teams look closely matched. Rock Bridge, ranked seventh in Missouri, enters the matchup 7-3 and is riding a three-game win streak. Last week in the opening playoff round, the Bruins smacked Troy-Buchanan 34-0.

Hickman, ranked sixth, is 8-1, having lost only to fourth-ranked Rockhurst, a Kansas City school. The team posted a convincing 34-14 win last week against Timberland.

But what's sure to be on the players' mind is the September game that ended in a 22-21 Hickman victory and "wasn't decided until Rock Bridge missed a 29-yard field goal as time expired," the Columbia Daily Tribune writes.

The one-point defeat marked the Bruins' first loss in the so-called Providence Bowl since 2008.

Both squads qualified for the playoffs last season, but both teams lost in the first round -- Rock Bridge to Rockhurst, Hickman to Howell.

KOMU 8 Sports' Eric Blumberg spoke with coach A.J. Ofodile of Rock Bridge and coach Arnel Monroe of Hickman before the game. Watch the video interview to hear what they said.

HIGHLIGHTS FROM THE 2012 PROVIDENCE BOWL