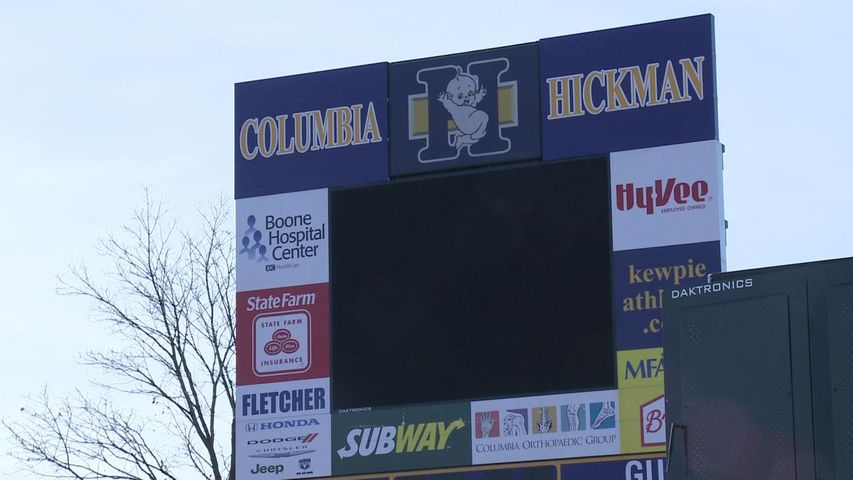 COLUMBIA - For the second time in both schools' histories, Hickman High School and Rock Bridge High School will meet Friday night in the sectional round of the high school football playoffs.

The game will take place at Hickman High School at 7 p.m. The regular-season Providence Bowl between these two teams is held at Memorial Stadium on Mizzou's campus each fall, but because Hickman has a higher playoff seed, this Columbia rivalry game will be on Hickman's home turf.

As of 2 p.m. Friday 3,100 tickets had been sold for the game, with the remaining 2,900 tickets to be sold at the gate. Throughout the week, Hickman and Columbia Parks and Recreation have collaborated on efforts to seat as many as possible for Friday night's game. The Parks and Rec Department worked to set up bleachers behind both end zones at Hickman. Hickman's stadium with expanded bleachers can seat around 4,700 people, with the remaining 1,300 tickets sold as standing room only.

Rock Bridge and Hickman also worked to accommodate parking for the large crowd expected Friday night. Rock Bridge will be sending five buses from its campus to Hickman with a pep band, cheerleaders and also a large group of fans. Rock Bridge sold 1,300 tickets and fans that bought tickets at Rock Bridge have the option to ride those buses.