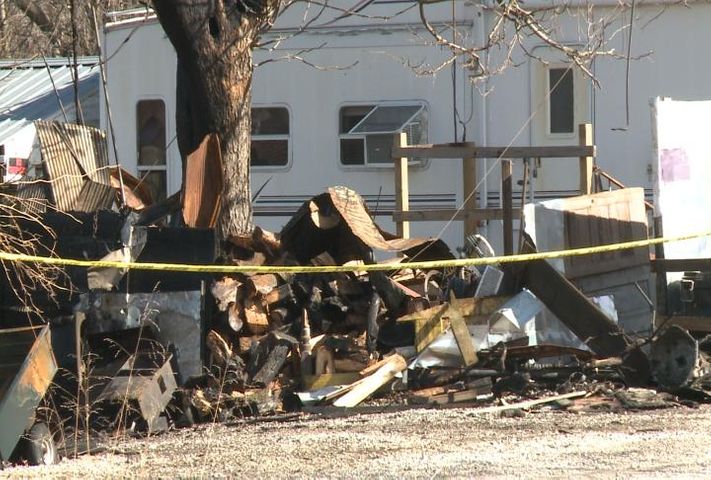 HIGBEE - In a small town, many people stopped in the local Casey's Gas Station to talk about what happened Thursday night.

"There was a lot of commotion," a Casey's worker said.

Randolf County deputies responded to a report of a fire at 102 Burton Street around 7 p.m. Thursday. Fire departments called to the scene arrived to see a detached garage completely engulfed in flames.

Mike Farmer, 55, died in the fire. Another man, Mike Coulston, 61, was injured and airlifted to a Columbia hospital. He was listed as being in good condition.

According to Farmer's daughter-in-law, Farmer was working on a car when the accident happened. Witnesses said the two men were working on an automotive gas tank when the fire started.

Angela Farmer said she was very shaken up by the event.

"He was the best dad anybody could ever ask for. He was awesome and I love him and I'm so sorry that this happened to him," she said.

She said she doesn't understand how it happened.

"That's their job. They need to find out what happened. Randolph County better do their job."

Officers from the State Fire Marshall's Office and the Randolph County Sheriff's Office are investigating.