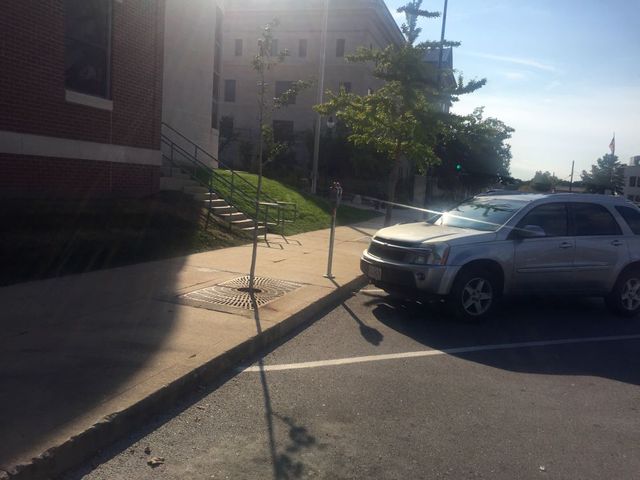 COLUMBIA – Downtown Columbia is a highly sought after in terms of space, according to a recent survey by Plaza Commercial Realty.

The survey found only two percent of commercial space is vacant out of the three million square feet downtown.

"Right now there's a pretty deep line of businesses that want to be downtown to occupy that space," Mike Grellner said, vice-president of Plaza Commercial Realty.

However, for one business owner in Columbia, doing business downtown was not as appealing. Tamela Wyatt, owner of Suite Leaf Nutrition, said she considered downtown but wanted a more relaxing atmosphere for her clients.

“I was really looking to get out of the hustle and bustle. As much as I love downtown I wanted a place where people could come and relax,” Wyatt said.

For the rest of Columbia’s space outside of downtown, the survey listed a four to seven percent vacancy rate.

According to Grellner, this four to seven percent rate is still extremely low, especially when comparing it to other markets of similar size at a 10 percent vacancy rate.

“That super low vacancy rate tells us that our downtown is robust, it’s healthy, it’s vibrant, which is great but of course if you’re a business wanting to get open in downtown the space is hard to come by right now. It’s a premium in terms of price,” Grellner said.

Wyatt said her decision to be outside of downtown was not based on affordability. Instead, she said she saw the Corporate Lake area as the perfect place to open her nutrition shop.

“Price wise, I would say it was pretty comparable… the price wasn’t that much of an issue and I loved it here so I was willing to make that leap,” Wyatt said.

Ruth LaHue, owner of My Secret Garden, also said there wasn’t too much of a difference in prices between locations downtown and elsewhere in Columbia. My Secret Garden has been downtown since 1989. LaHue said when she wanted to move her business to another location, she continued to look downtown because she said she loves doing business there.

“The Downtown District has been very helpful to me over the years. They do some marketing that helps us. They’ve helped us when we were moving to our new location and working with the city," LaHue said.

Grellner said he isn't surprised by the results of the study because of Columbia's booming economy and recent population growth.

“I think overall, we just have a lot of characteristics in our economy that make it robust, that continue to create population growth and that translates to occupied square footage,” Grellner said.

About 60 percent of the CID’s budget was put towards economic development downtown, according to a 2015 financial statement.

The CID, created in 2011, is funded through property assessments in the District as well as a half-cent sales tax.