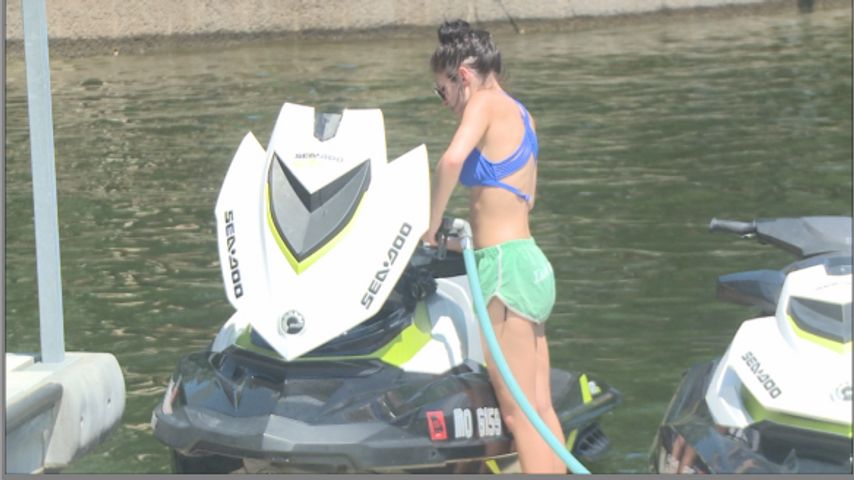 LAKE OF THE OZARKS - In the midst of high gas prices on Memorial Day weekend some boaters have decided to stick with their fun hobbies.

Gas prices have been on a steady increase in Missouri since the beginning of the year. Average prices were at $2.17 in January and have risen to $2.71 in May.

Most boaters will pay an average of three dollars a gallon while purchasing it on the lake. Most boats tend to hold 150 to 200 gallons of gas costing around $600 to fill up the tank.

"It can get expensive, but it's a passion and we love doing it and there's nothing that's really going to keep us from doing it," he said.

During the holiday weekend boaters could be drawn away from going to the lake if gas prices become too high.

Kiel said, "If you're looking at four dollars or five dollars a gallon on the water, it might keep some people home, but I would say most of your boaters are pretty passionate."

Passion is one word to describe these boaters as many were out at the lake for the open of summer.

Since gas prices are very high, some gas docks at the lake will offer special promotions.

A promotion Kelly's Port offers is a fundraiser to help horses.

No matter what happens to gas prices for boating, Kiel believes the avid boaters will continue to visit the lake.

He said, "They've got a large investment that they have made in their boat and gas is just one of those things that goes along with that investment."