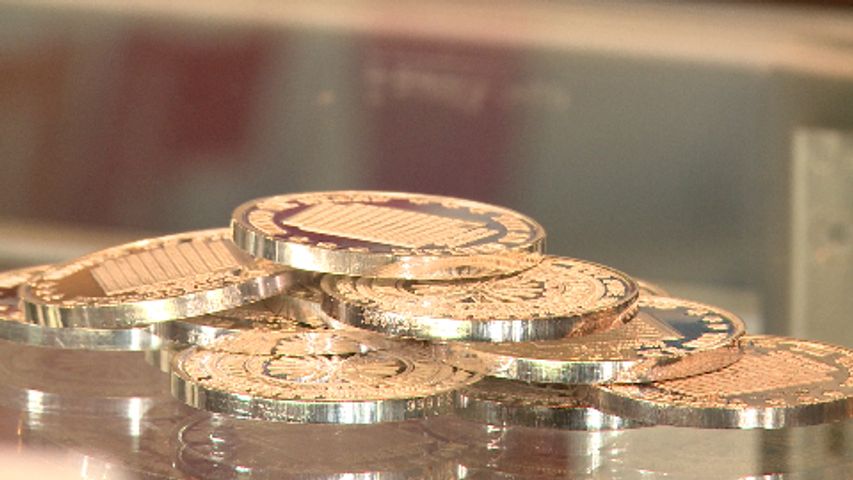 COLUMBIA - As gold reached a record high Thursday, mid-Missouri investors are moving to other precious metals to buy. Gold reached $1,509.60 an ounce before closing at $1,503.80. It's been trending higher since the beginning of the recession.

"The U.S. doubled the supply of currency since the beginning of the financial crisis," Peter Klein, an MU economist, said. "This caused a flight to real assets like gold as a hedge against the weakening dollar."

The U.S. dollar index, a measure that compares its strength to other currencies, closed at $74.14 Thursday, its lowest level since November 2009.

Tom Doyle, an assistant manager at Family Pawn in Columbia, said in the recent month, he has seen more customers coming to buy silver than gold.

"I get calls every day about silver," Doyle said. "Gold has kind of plateaued for us, but silver is really taking off."

While Doyle couldn't point to any specific numbers, he said Family Pawn's gold and silver business has increased "incredibly" since the economy soured.

But economist Klein doesn't rule out the presence of a bubble in the metals market.

"There is definitely a risk for that, just like we saw in the real assets of the housing market," Klein said. "But investors traditionally haven't bought gold and silver to make money; they've bought it to hedge against inflation."