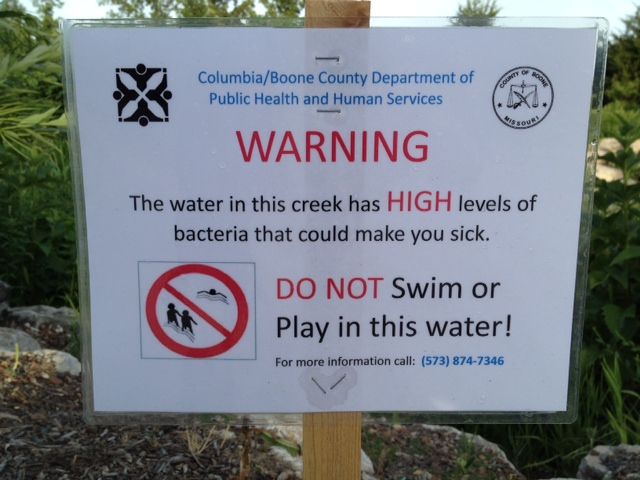 Health officials have signs warning visitors along the creek about the E.Coli levels that are more than three times the Environmental Protection Agency (EPA)'s recommended levels. The signs also say not to swim or play in the water.

The bacteria is most dangerous for children, the elderly and those with weakened immune systems. It is also important not to ingest the water and to avoid getting infected water into open wounds or cuts.

On June 5, Flat Branch Creek levels reached 1119 units of E.Coli per 100 millimeters. The EPA recommends that creeks and lakes should not have bacteria exceeding 126 units.

City officials will leave signs along the creek until the bacteria levels decrease.