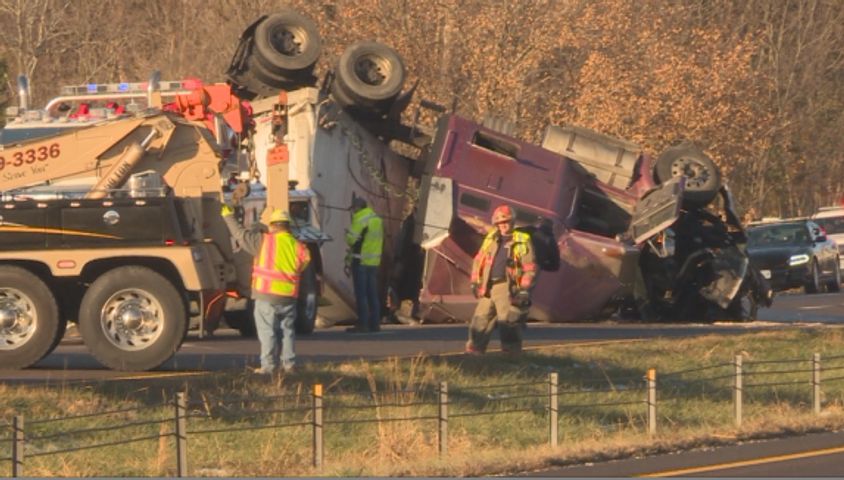 JEFFERSON CITY - The week around Thanksgiving is one of the busiest travel periods in the year.

AAA projects 54.3 million Americans will journey 50 miles or more away from home this Thanksgiving, allowing this 2018 holiday weekend to have the highest Thanksgiving travel volume since 2005.

Mid-Missouri is no exception. In just the week before many people head off to their holidays, there have been more than two dozen crashes on major highways in the region.

Emergency crews responded to 27 car crashes on Interstate 70 since Nov. 12. Of the 27 accidents, five have been fatal. On Highway 63, a pedestrian was found dead on scene on Thursday.

According to the Missouri State Highway Patrol, there have been 801 statewide vehicle fatalities in Missouri, but 80 of those are in Troop F's area of central Missouri.

"It's very disheartening and really frustrating when we continue to try and engineer the roadways the best we can for safe road ways, but the distractions are just continuing out there," Roark said.

She said anything from a semi-truck crash to a small vehicle crash can happen in the blink of an eye.

"It takes on average about 5 seconds for an individual, if they're on their phone, to read a text," Roark said. "You can travel the length of a football field in 5 seconds going 55 miles an hour."

Sgt. Scott White of Missouri State Highway Patrol said there are two main reasons that have caused these crashes.

"The common denominator for these crashes are traffic backups or traffic slowdowns," White said.

Both Roark and White said the biggest piece of information they can't stress enough is for people to pay attention while they're driving.

"Many times people have a tendency to look in a small bubble, just outside their vehicles, but by the time that emergency enters that bubble, it's too late to react," White said.

Roark stressed that people also need to pay attention to the updates MoDot will give about crashes and backups.

White did have some good news about the week.

Roark said she hopes one day they'll be able to broadcast alerts and warnings on the radio and television, just like a tornado is done.

Roark and White both want this problem to decrease and hope drivers will take the precautions after what has happened the last week.

Drivers at the QuikTrip gas station right off of I-70 described the traffic as congested and difficult. Cierra Reynolds said she never drives on this side of the state, but is making a special trip to see family.