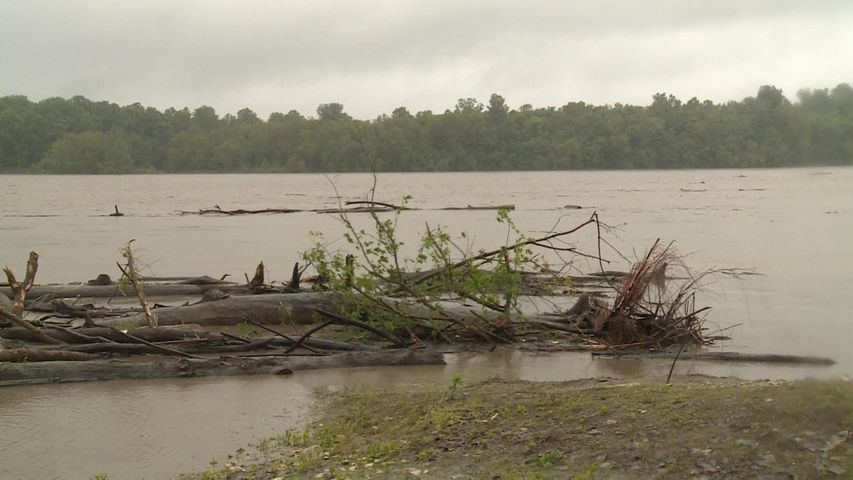 CALLAWAY COUNTY - Water levels for the Missouri River were at or near flood stage in mid-Missouri Wednesday. Measurements in Jefferson City, Boonville, and Glasgow hovered around flood stage for most of the day.

Callaway County Emergency Management Director Michelle Kidwell said her agency has been monitoring the river's water levels but does not expect any major flooding.

"Generally, even at 23 feet, we have a little bit of flooding but it's not too too bad," Kidwell said. "You start getting to 26, you'll start having a lot more."

Kidwell said Callaway County's Emergency Management Agency regularly monitors river levels and works with other public safety agencies to ensure they can respond in flood situations. Kidwell said in major flooding situations, she starts to contact companies and residents near the river about potential danger.

"I think we stay pretty proactive about letting people know who live in those areas," Kidwell said.

Kidwell said advances in forecasing technology give her a better idea of when to keep an eye on river levels.

"Rivers are very unpredictable, but I would say it's fairly easy with the technology in place now," Kidwell said. "I would say flash flooding is more of a surprise than the river flooding is."

Longtime Callaway County resident Gary McCray used to live close to the Missouri River. He said Missouri River floods in the early 1990s, which inundated a shop he owned, made him decide to move to higher ground.

"One time we got 19 inches in the shop," McCray said. "It was dry the night before, and we had 19 inches the next morning."

McCray said most of the time, the river flooding came with some warning, but he also dealt with flash floods.

"Sometimes you had a lot of forewarning, sometimes you didn't," McCray said. "We would have flash floods and what we called high water floods from the river, then you'd usually have some time."

Now that he's on higher ground, McCray said he is glad he doesn't have to deal with river flooding.

"It's a wonderful feeling to go bed and it's raining and you know it's not going to bother you," McCray said.

Kidwell said people can prepare for flood events by keeping an eye on the weather and removing potential debris, like vehicles and farm equipment, from an area that could see flooding.