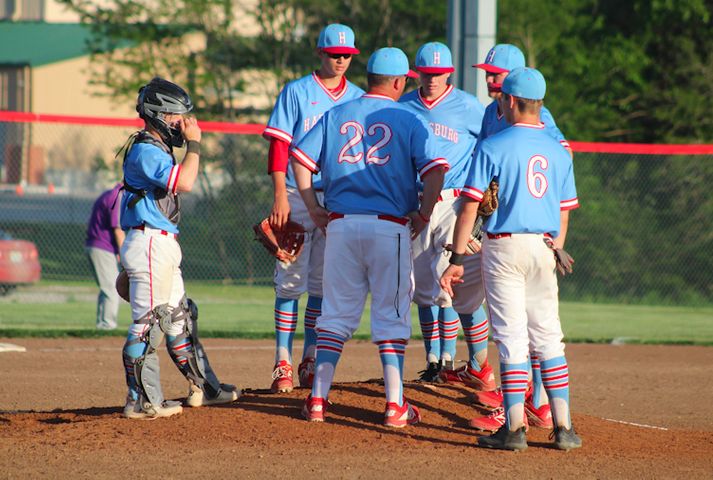 COLUMBIA - On any given Friday evening at the beginning May, high school baseball players should be celebrating senior night - the end of a long chapter for seniors, all capping off with a college commitment.

But this year is different.

Harrisburg's Brayden Hudson said he and his team always had a feeling the season was slipping away.

"It was like, 'Ah this was the year, this was the chance,'" he said. "We had everything lined up, it was about to be perfect. Just to get it taken away like that, it hurt big time."

Rock Bridge's Travis Bassford said he feels the same way about the season.

"Our parents always said, you know, 2020 is going to be a special year for this group," he said. "Just to see all the build up from that and then just to have it all go away, it hurt a lot."

Although it may not seem like it, Hudson and Bassford were actually some of the lucky ones.

"I'm just really lucky that I was able to make the decision beforehand and it put me at ease," Bassford said. "A lot of my teammates went through a scramble for colleges. There were a lot of kids I know on my team, specifically, who struggled with finding a school."

Some universities have found themselves in the same boat when it comes to recruiting. Columbia College did the majority of their recruiting before COVID-19 shut them down, but there is still some left to do.

"We are still trying to add two to four more players and it's been challenging," Darren Munns, Columbia College's baseball coach, said.

He said not having a senior season to base a player off of, makes things difficult, but that it's all about patience.

"You hope you have seen them previously, either in their junior season or in their summer season or at a showcase event, so you have some knowledge and have gotten your own eyes on them," he said. "Some recruits I'm respectful and tell them, whenever this all breaks and it's over, we'll welcome you and you can visit campus."

While a lot of seniors are not letting the pandemic take away their future, they can't stop it from taking the present.

"Usually when you go through the breaking up of a team, it always ends the same way, it ends on a field," Bassford said. "You're either ending on a win or a loss. The fact that it ended at our houses is kind of different."