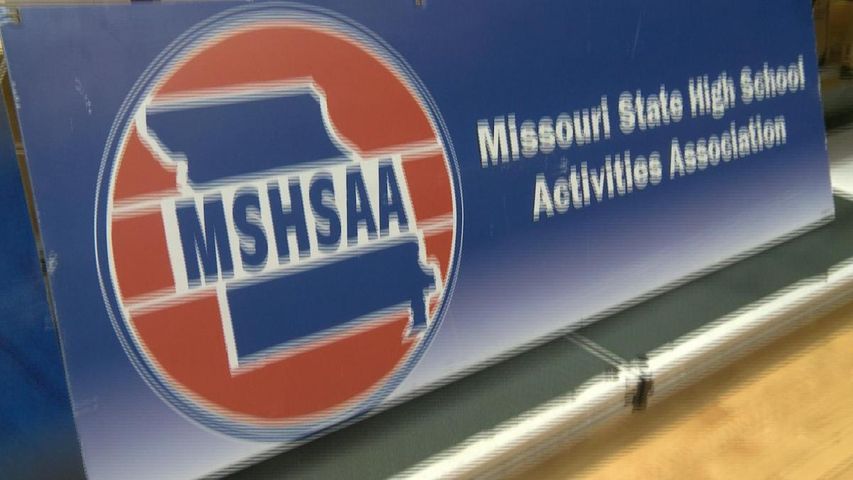 COLUMBIA - While the Mizzou men's basketball season may be over, a type of March Madness is still sweeping through Columbia.

24 teams from across the state traveled to Columbia for their semi-final and championship games, with some traveling more than three and a half hours to get to the arena. MSHSAA's communication director said, for many of the student-athletes, playing in Mizzou Arena is a surreal experience and somewhat of a shock when they first enter the stadium.

"We have a couple of Hoosiers moments when they first walk in the gym on Thursday," said Jason West said. "It just adds to the excitement for the kids to be able to play in a facility such as this."

The state championships have taken place in Columbia every year since 1992. While Columbia is a central location for teams from across the state, West said the games are in Columbia because the city won a bidding process and has a lot of housing and other resources in the area. West said Columbia is a nice location because the MSHSAA administrative offices are also located in town.

"For our office staff, hosting in Columbia is very nice," West said. "If we have to print more programs or do things like that it's very convenient for our staff."

While many of the fans at the championships are cheering on family members and their hometowns, other come every year no matter who's playing. One group of high school referees said they have been coming from Trenton, Missouri every year for the past three decades. It's a two-and-a-half hour drive for them to watch some of the best teams across the state face-off on the court.

For Brad Smith and his family, coming up is an annual tradition.

"You get to see the true love for the game and get to see all the great teams from around the state here in the Final Four," Smith said.

Smith said his family has attended for the past decade and he was there many times before then. Smith's wife played in the championships when she was a student at Poplar Bluff High School. Smith said having the event in Columbia helps bring his family back every year.

"It's always been good for us," Smith said.

He called it a great place for a "family stay-cation" that's pretty close to home.

This week's games feature teams from Class 1 through 3. Next week, Mizzou Arena will host the Class 4 and 5 championship games.