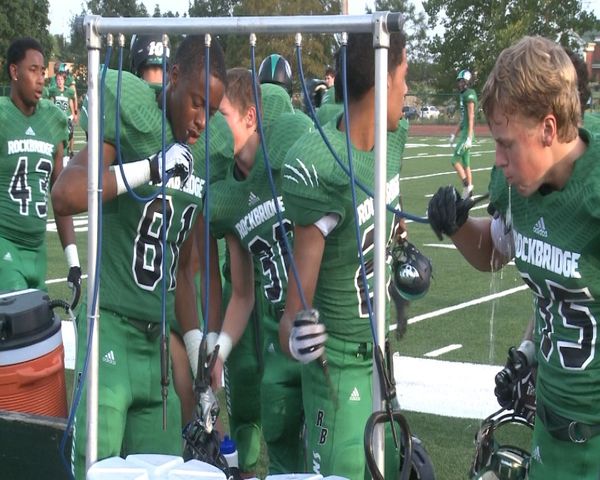 COLUMBIA - Missouri high school football kicked off Friday on one of the hottest days of this summer. Temperatures in Columbia reached as high as 93 degrees, but according to the heat index, it felt like 105 degrees outside.

The heat coupled with the humidity is an issue across the state. The National Weather Service issued a heat advisory for the mid-Missouri area Thursday that will be in effect until Sunday at 7 p.m.

According to KOMU 8's First Alert Weather Center, the temperature at kickoff for most of Friday night's games will be in the upper 80's with heat indices in the 90's.

The heat caused some schools to push back the start times in at least six games in the area. The Smith-Cotton at Republic and Lebanon at Rolla games were pushed back to 7:30. North Callaway at Mexico, Highland at Centralia, Moberly at Blair Oaks, and Boonville at California all pushed their start times back to 8 p.m. because of the heat.

Rock Bridge High School took extra precautions against the heat for its opening game against Rockhurst. Players had mandatory hydration breaks during each quarter and had large fans and misters running on the sidelines to keep cool. Rock Bridge coaches also said they brought players out of the locker room later and cut down on pre-game drills to cope with the heat.