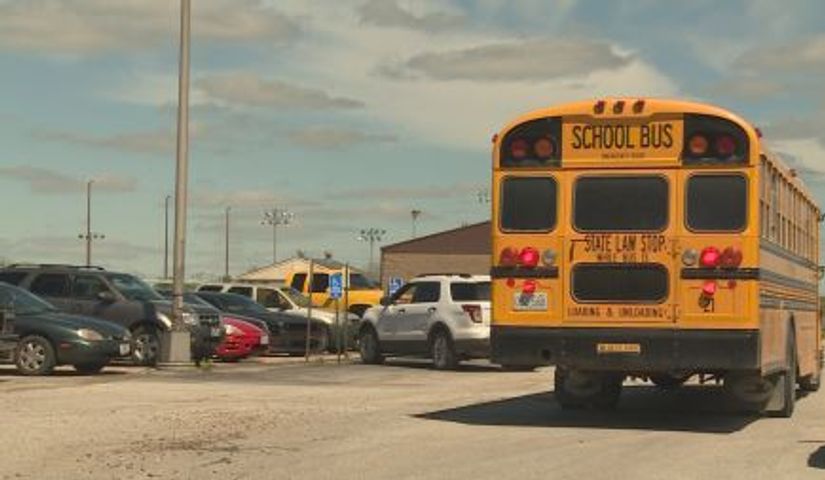 “Can we really do it? That’s how I felt. Is it really going to be possible?” she said.

Kahle grew up in the small town of Bunceton, population 354, and has never been on an airplane before. She knew the opportunity would be life changing.

“It means a lot to me because I know that this is only going to happen probably once,” Kahle said.

Social studies teacher Belinda Thompson is coordinating the week-long June trip for nine high school students through the Close Up Foundation. It provides schools across the nation with educational opportunities to tour the nation’s capitol and learn about the roots of government.

Kahle said she’s looking forward to getting out of her comfort zone and seeing in action the things she’s learned in her government class.

She said it would be "amazing" to meet the people who make a difference.

“I would love to meet our politicians that not only represent our state but other states as well," she said.

Thompson rallied for the trip’s approval as the district previously denied any overnight trips.

“In Bunceton, Missouri, there’s not a lot of opportunity for getting out of town or doing anything noteworthy, so the opportunities for educational experiences are just not here,” Thompson said. “This trip is about generating interest in the political process and showing the students there’s a great big world full of possibilities out there.”

But the potential trip comes with a $1,700 price tag per student at a time when schools across the state are financially strained. Since the state does not cover the cost of field trips, the students have been busy with fundraisers, profit shares, dinner dances and auctions to get enough money together.

Thompson said everyone is trying to do more with less.

“That’s a real difficult challenge when you want to have a quality education for your kids,” she said.

On top of already strained resources, Gov. Eric Greitens has proposed $36 million in transportation cuts to K-12 schools across the state for next year’s budget. Missouri’s House of Representatives backed last year’s appropriated amount of $105 million and the Senate has not yet released a proposal. Greitens promises nothing will be taken from school’s primary funding source, the Foundation Formula.

Eighteen school districts across Missouri have transitioned to four-day school weeks in an attempt to reduce costs, according to the Department of Secondary Education.

“A lot of districts, when they look into it, are not saving a lot of money by going to a four day schedule. It’s things like busing and hourly employees they save a bit of money on, but a lot of times, they still have lights on in the building, they’re providing childcare, athletic practice,” Potter said.

K-12 transportation cuts have been increasingly reduced over the years because they aren’t felt equally for districts across the state, Potter said.

“You’ll have rural districts where a cut to transportation to them is more impactful because it’s a bigger part of their budget.”

Earlier this year, Bunceton High School’s archery team made it to the state championship in Branson, Missouri, but almost wasn’t able to send its student athletes due to transportation issues.

“We had a little bit of difficulty for a while with transportation and paying drivers to go long distances. It was a little bit problematic but we worked it through,” Thompson said.

If greater cuts were to be made, Thompson said, the school has no other choice but to “deal with it” and find alternatives like hopping rides or getting parents to drive.

But no matter the cuts to come, Bunceton hopes to make most of their community and provide educational experiences for its students.

She said the high school is the "lifeblood" of Bunceton and people there know that and are working to support it.