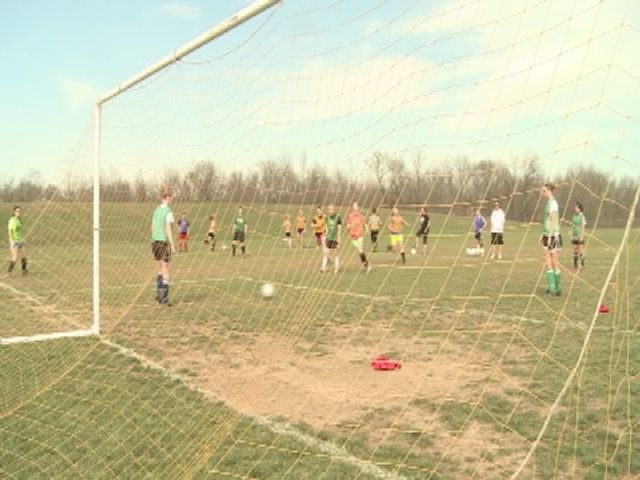 Money raised at the event goes to the American Cancer Society in memory of former Hickman soccer coach Jon Strodtman.

Both teams played well and tough to defeat their opponents. For the boys the East won while for the girls soccer game the West defeated the East.For the girls soccer team, Allie Jorgensen received an award for her leadership not only for her time with the team but also off the field as well.