High speed car chase ends in crash off I-70 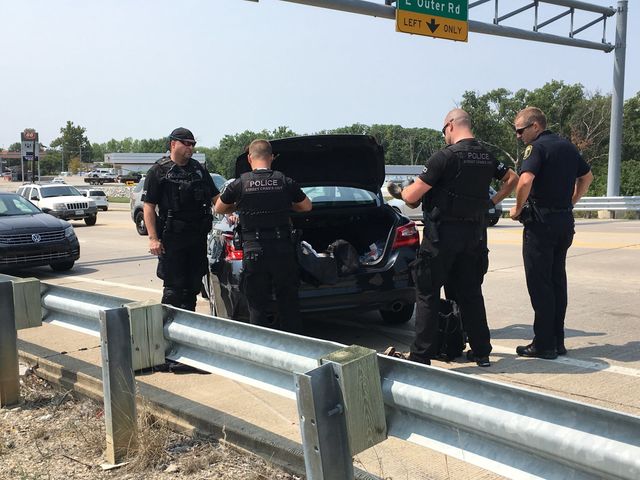 BOONE COUNTY - A high speed car chase that began in Columbia, ended in a crash off of I-70 Wednesday.

Columbia Police Department received an aide call from Jefferson County regarding a man in Columbia with two outstanding warrants.

The chase began on Highway 63 and ended at the Lake of the Woods exit. CPD Lieutenant Lance Bolinger said the chase reached speeds around 100 mph.

After the crash, officials searched the car for guns but did not find any. They did find ammunition in the car.

At the Lake of the Woods exit on I-70 where a car crashed and there is a heavy police presence searching through the vehicle that crashed. Working to get more @KOMUnews pic.twitter.com/MqCNZye3lw

There were seven units on scene and a law enforcement helecopter aided in the chase as well.