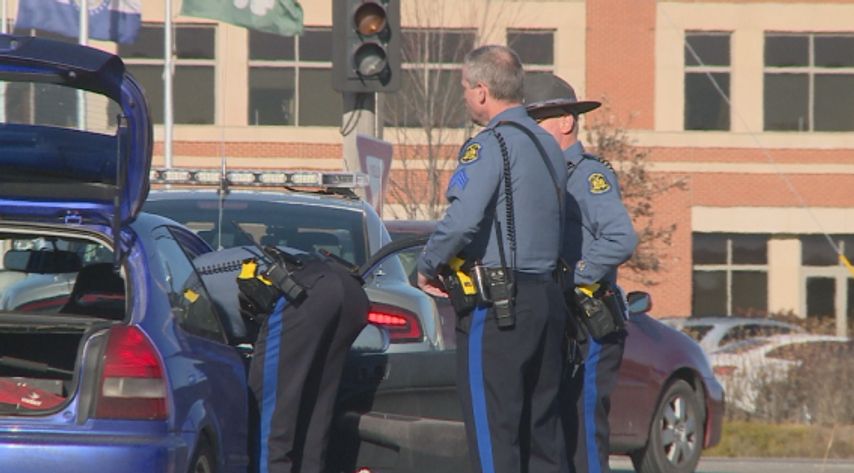 COLUMBIA - Troopers arrested a man on Tuesday after a high-speed chase which started south of Ashland and ended in Columbia.

According to Sgt. Scott White with the Missouri State Highway Patrol, a trooper tried to stop the suspect vehicle for speeding at around 1:15 p.m. The chase continued northbound on Highway 63 for about 10 minutes, at which point the suspect drove onto the off-ramp at Highway 63 and Broadway.

White said the driver got boxed in by traffic and voluntarily gave himself up.

The driver's name has not been released. No one was hurt during the pursuit.