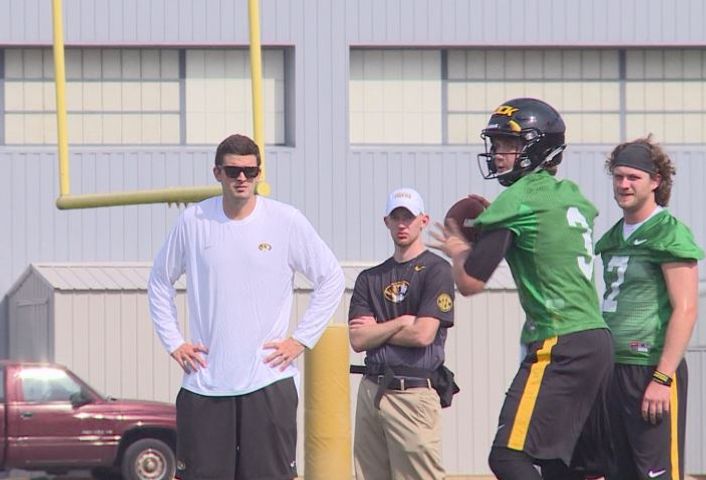 COLUMBIA - As players' spirits rise ahead of the first kickoff for the Missouri Tigers, so does their stress level. And when those stress levels rise, MU researchers claim injuries will follow.

MU researchers conducted a case study on the relationship between physical and mental stress on athletic injuries and discovered athletes, particularly football players, are at higher risk for injuries when stress builds.

The study looked at injury data from Division I college football players who played in a bowl game in 2011 and compared it two types of stress: physical stress from training and playing in games, and mental stress from academics and other responsibilities.

Researchers looked at players who who were active both on and off the field and found players were three times as likely to suffer injuries during exam weeks where academic stress peaks.

They said high academic stress was just as a factor for injuries as high physical stress on athletes who play regularly.

For athletes who do not play regularly, researchers said high physical stress played a larger role in injuries.

Researchers said younger football players, in particular, often push themselves more during training camps to earn a better roster spots. The study found the number of injuries peaked during the first couple of weeks of training.

On the first day of Mizzou football training camp Thursday,  coach Gary Pinkel said the team had made adjustments in the past to reduce physical stress on the players, but said there weren't many changes this year.

"We're doing about the same thing, I think it's going to be very successful," Pinkel said. "It's all based around recovery, and I feel good about what we're doing. The guys have all been working out all summer, and in the past the big thing was we were tiring our guys out in August and I was responsible for that."