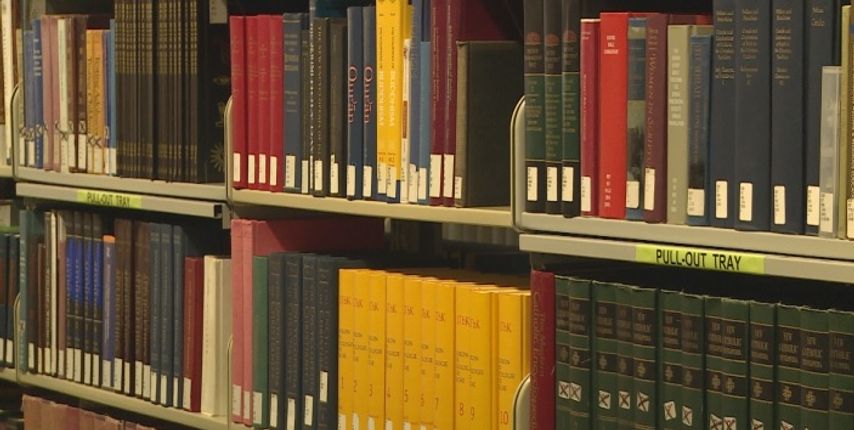 FULTON - As universities continue to become more and more high-tech, one place is having to adapt more than others.

A recent Newsweek article said university libraries are having to sacrifice storage for space.

In a recent report by the Council on Library and Information Resources, keeping one book in a library stack costs about $4.26 per year.

Erlene Dudley, library director at William Woods University, said their library is full, and when they want to add a new book, they must "weed out" the books that aren't imperative to that year's curriculum.

Dulany Library is a curriculum-based library, according to Dudley, which means the books held in the library are specifically based on the classes offered. This leaves limited space for any other book collections.

Then the library either sells the unused books or recycles them.

William Woods will be adding 3-D printers to the library this year, taking out even more stacks of books.

"I think this is going to be a concerning issue from now on because library space is very expensive to build and I know that we have to maximize the space we have here," said Dudley.

Dudley said they supplement this lack of space with e-books.

"It's particularly effective for our students off-campus or online programs...they can access this material from anywhere," Dudley said.

"As we go through the transition of technology being used in schools more, it's important to have a balance of both. I'm a huge proponent of books but as someone who bikes everywhere, I actually really like e-books," said Meyers.

Ellis Library's collection has more than 3 million books, according to library employee Willow Hoxie, but is only able to hold half of them in the actual library itself.

Ellis is classified as a research library, meaning it has books not specifically related to the curriculum offered at the university.

Because of this, the university has two off-site depositories to house these books. It purchased the second depository within the last year because of the growing amount of books and less space in the library.

Hoxie said the problem is keeping up with the current demand of books as well as the demand for space in the library.

"Libraries to me are becoming less of a strict haven for books and more of a connection point...libraries are converting more from that strict book storage to computers to access databases." said Meyer.