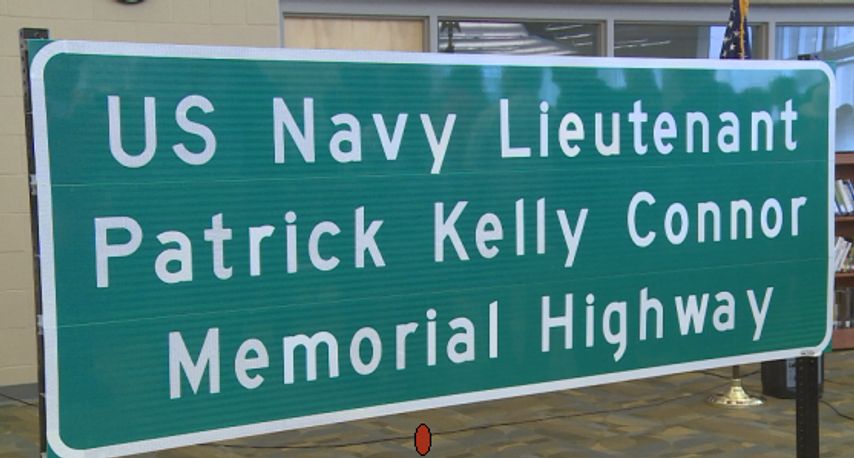 COLUMBIA - The state legislature took steps Saturday to make sure drivers in Columbia remember those who have lost their lives while serving in the United States military.

Rep. Chuck Basye sponsored legislation to rename portions of U.S. Route 63 after two fallen soldiers from Boone County. Lt. Patrick Kelly Connor of the U.S. Navy and Spc. Steven Paul Farnen of the U.S. Army will each have a section of the highway named after them.

"It just means a lot that the support that we still have from home folks and people that we never knew before but that still treasure and the remembrance of our veterans."

From Interstate 70 to Discovery Parkway, U.S. Route 63 will be called U.S. Navy Lieutenant Patrick Kelly Connor Memorial Highway. Lt. Connor's father William Connor said he is glad the community is still able to recognize and honor his son after the original memorial was moved.

"This memorial that we are standing in front of was removed from the county courthouse, was put up there by citizens and then after over 20 years removed by political edict and is here, and so the naming of sign on the highway for both our son Patrick and Steve Farnen really brings it forward to the people of the community."

The memorial was moved to Columbia Cemetery after controversy over a religious symbol on the memorial.

"The nation's come a long way because of the sacrifices made," William Connor said. "This says, 'To all the men who gave their lives and to the men and women who offered but were spared,' and we will always need more people standing up and being spared. It takes a certain fortitude to do that."

The highway will also change names to U.S. Army Specialist Steven Paul Farnen Memorial Highway between Breedlove Drive and Peabody Road. Basye said the Missouri Department of Transportation will put the signs up on Monday.