Highway Patrol shows students the life of a trooper 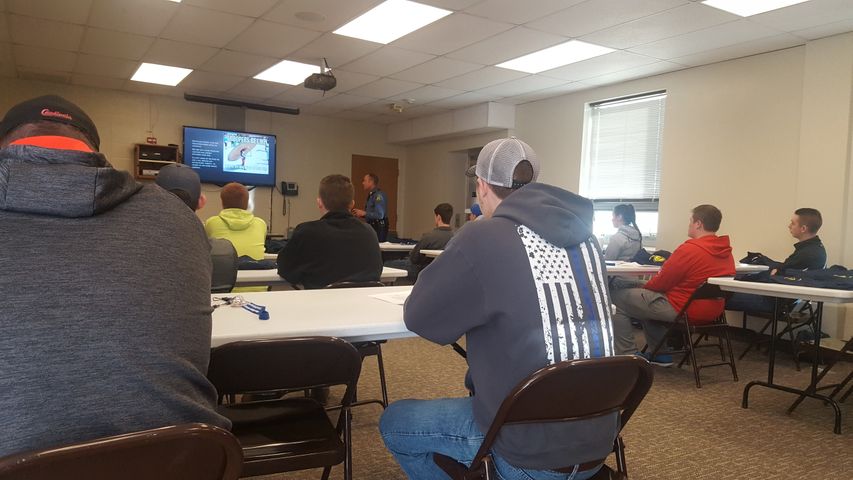 MACON – It was a beautiful day Saturday, but some teenagers spent most of their day learning what it means to be a trooper for the Missouri State Highway Patrol.

This year is the eighth year of Troop B's Student Alliance Program, a program each troop runs in order to attract more potential recruits.

"The goal of this program is to introduce the youth in the Troop B area to a career in law enforcement, specifically the Highway Patrol, but just law enforcement in general, so they have a better understanding of what our actual duties are day-to-day and throughout the year of how we do our jobs," MSHP Public Information Officer Eric Brown said.

Troop B gathered about 20 high schoolers, all of whom had to apply, to teach them what it takes to be a state trooper. Brown covered all sorts of topics, from what initial training is like to how pursuits are handled.

He also spent a good deal of time talking about the various dangers of being on patrol, as well as the heartache that can come with it.

One section of the class focused on the dangers of dealing with potentially violent people. During this section, the class watched a video montage of several situations in which a law enforcement official was assaulted by someone they pulled over or shot at.

Another section was about the kinds of tragedies a trooper can encounter because of traffic wrecks or, in the case of the marine division, water accidents. These videos demonstrated just how ugly things can get by displaying the bodies of victims who died in various accidents.

Brown said there is a reason for dedicating time to the unpleasant aspects of a trooper's career.

"We like to be honest with the kids," Brown said. "When they're thinking about pursuing a career in law enforcement, it is a great job and we get to do a lot of great things. We get to help a lot of people, we get to do good things the public often doesn't know about, but it is an inherently dangerous job. You're gonna put yourself at risk."

The students understand that.

"They're not going to sugar-coat it at all; they're going to tell you how it is and then you're prepared for it so you can evaluate if this is not for you then you know that," student Garret Moss said. "It's not going to be a surprise when it comes time to get into it."

"There are some brutal things you can see, but it's good to prepare people beforehand and any bit of preparation before can definitely help me out in the future," he said.

Both Moss and Markway said the crash images are what is sticking with them the most.

Saturday was the first day of the two-day program. While the first session was all about training, safety, and other job specifics, the second session will be all about physical skills.

Students will be given the chance to practice approaching a traffic stop, shoot at a range and investigate a crime scene.