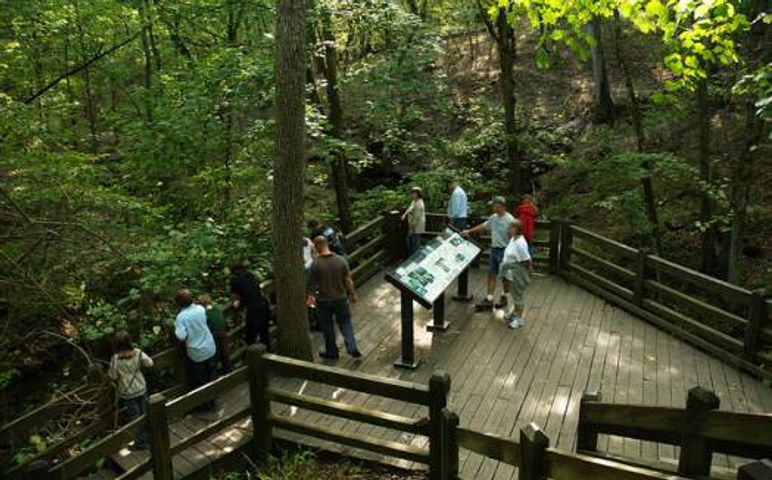 COLUMBIA - Around 4 p.m. Friday, a 16 year-old female hiker fell feet first around 25 to 30 feet in Rock Bridge Memorial State Park near the Devil's Icebox entrance. The 9-1-1 call came in at 4:05 p.m, and 10 units responded to the accident. After assessing the situation, firefighters requested the University Hospital helicopter, around 4:30 p.m. It took crews 20 to 25 minutes to carry the the hiker to a safe location while waiting for the helicopter to arrive. The helicopter left around 5 p.m.

The hiker was slipping in and out of consciousness the entire time crews were with her. There were no immediate injuries on the outside of her body, just scrapes from the fall.  Officials classified this fall as "extreme."

"You have a 50-50 chance of living or dying from a fall of 10 feet or more," Boone County Fireman Gale Blomenkamp said. "So it's an extreme fall. It's classified as an extreme fall for us. So she had potential to have some very serious injuries."

The hiker was with another young friend. Her friend said the injured hiker slipped on some damp leaves. Officials do not suspect foul play.

"We've had several falls in this area and around Rock Bridge State Park from people slipping on the leaves this time of year, because they are damp," Blomenkamp said. "People just need to use extreme caution if they are hiking around the area."

The hiker is at University Hospital and condition is currently unknown.