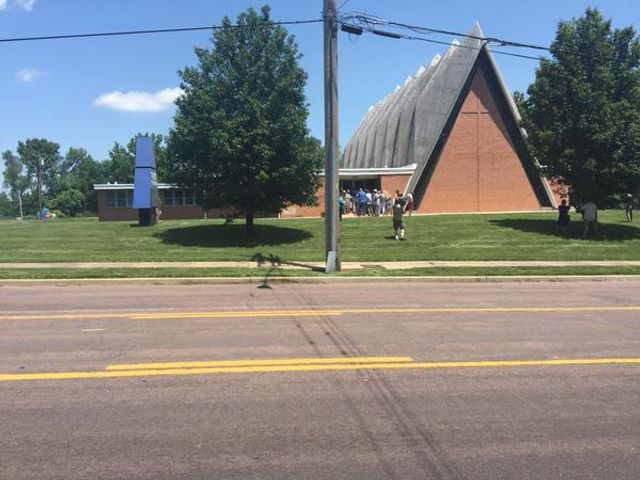 ST. LOUIS COUNTY - People waited in line for about an hour at a Florissant church Tuesday to see Hillary Clinton speak.

She spoke at 2:45 p.m. at Christ the King United Church of Christ and addressed a number of topics, including poverty, minority and education issues. Clinton has been traveling across the country raising money for her campaign.

"In her speech, Hillary Clinton said that schools are more segregated than they were in 1960, and she's absolutely right," Chappelle-Nadal said.

Another attendee, Jade Harrell, said she felt like the voices in the community are being heard and that Clinton's message identified with the problems in their community. She said this leaves her hopeful for the future and that it meant a lot for Clinton to come.

"That's huge," Harrell said. "That was very exciting. I know we've had a spotlight on us for many negative things so it's encouraging to know she came here to not only listen, but to engage."

While supporters applauded Clinton inside, a few people showed their discontent outside, holding signs that said "Benghazi."

After Clinton left Missouri, she headed to an event in Chicago.