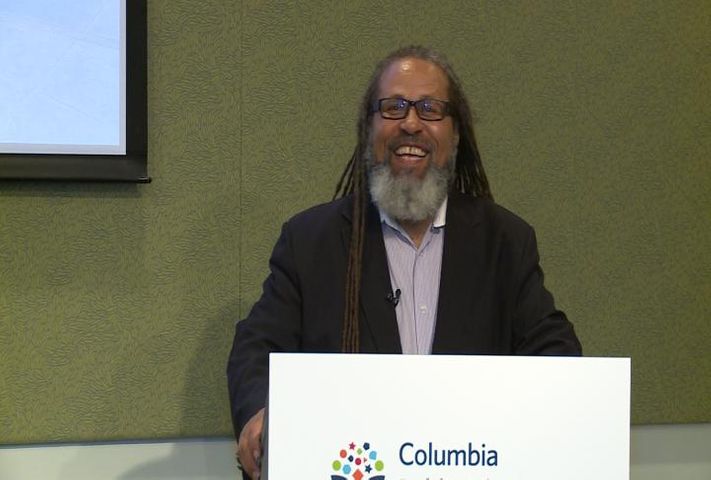 African-American Civil War Museum Curator Hari Jones was in town to discuss the vital, but he said widely unknown, role African-Americans played in the war.

"The sad part about the story is that it was suppressed for many years, so it's not well-known even in academic circles," Jones said.

He said the primary historical sources needed to tell the complete story are available and easily accessible.

The capture of Richmond, Virginia stands out in Jones' mind as particularly noteworthy.

"When you examine the primary sources that tell us this story, it's almost unbelievable that it's not talked about," Jones said. "You won't find a single American history textbook that mentions this. But if you read General Grant's memoir, he says the 25 Army Corps captured Richmond, Virginia. Well the 25 Army Corps is the only army corps in the history of the United States made up of only African-American regiments. That's such a big deal to me."

He said he thinks the story was suppressed to fit with the Jim Crow era.

"The narrative was that American Negroes or African-Americans had done little or nothing to free themselves," Jones said. "If you read African-Americans in late 1862 or early 1863, they're making it very clear that they know they're not going to be freed by the Emancipation Proclamation, but they are empowered by it. The excitement isn't that we're set free. The excitement is now we can do something to free ourselves."

Jones said he almost views himself as an evangelist, telling this American story.

"You get people excited because their research and local stories are important," Jones said. "The story of what was going on in Missouri and Columbia and African-American activities here, that's also part of the suppressed story."

In Missouri, Jones says one of the most notable stories was a general issuing an emancipation proclamation before Lincoln or Congress authorizes the emancipation of slaves. He says he wants to energize people to visit state historic societies and libraries to help historians find this primary information.

Jones focused his Thursday discussion on Lincoln's Legal Loyal League or the 4L's.

"It was a secret African-American organization during the Civil War that became the single most important source of tactical and strategic intelligence," Jone said. "This secret organization would provide the most prolific recruiters of African-Americans for the Union war effort. It was the source of some of the top spies in the Civil War, like Harriet Tubman. She's really a member of the league who was trained before the war. There's a number of individuals that are part of our national history who were trained in the loyal league."

Jones said a key topic is how members of the league saw themselves as Americans.

"They viewed themselves as Americans and patriots," Jones said. "It's the story, really, of these American patriots."