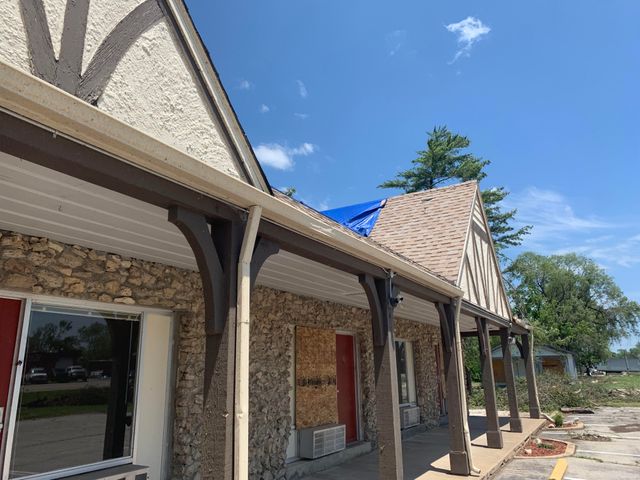 ELDON - Married couple and business partners Jennifer and Jeremy Hart are counting their blessings after the historic motel they own was damaged by Wednesday's tornado.

The Hart's purchased the Randles Court Motel on Business Highway 54 over two years ago. In that time the building was damaged by fire. The Harts were prepared to reopen the restored motel on Friday.

"We wanted to renovate it to that era-the 1930s/1940s-so that people could experience the history of it," Jennifer Hart said.

They said they were lucky the building itself was not more badly damaged. For them, Randles Court is more than just a business--it's home.

The Harts live full time in a space on the property. They said they were fortunate their personal property was not more badly damaged.

"We were the lucky ones in town," Jennifer Hart said. "Our living quarters... the extent of the damage in there were some busted out windows in our office and our daughter's bedroom."

The Hart's said the silver lining--if there is one to be found--is the fact that the disaster has brought their community together.

They said they're happy to receive such support, but even happier no one was killed or seriously injured.