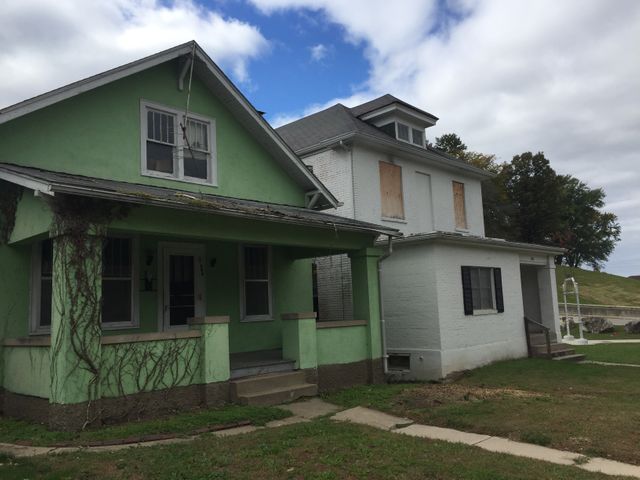 JEFFERSON CITY – Multiple homes in a Jefferson City neighborhood sit boarded and vacant. The city plans to demolish them.

The Central East Side Neighborhood Plan calls for the vacant homes to be turned into a green space. All of the homes are located in a flood plain area, where the city discourages development.

The city and Jefferson City Parks, Recreation and Forestry Department currently own five properties in that area including 408 and 410 Lafayette St., 602 and 606 E. McCarty St. and 623 School St.

Sonny Sanders, the director of Planning and Protective Services for Jefferson City, said “Recently, in the past several years, a lot of properties down by Lafayette, School Street and McCarty, people have either donated the homes to the city or they were purchased by people who were not able to get building permits for the flood plain regulations.”

Some residents want to preserve the history of the area.

However, neighborhood residents hope to save the homes and are applying to make the area a local historic district. The City Council passed a moratorium extension in September. However, it ends on Nov. 17.

There are already multiple green spaces in the area. One homeowner, Jenny Smith, who rents out a home next to a green space turned into a garden, said she is against the demolition.

She said she is disappointed with the city’s actions, and there is a rich history the city should recognize.

“This part of the city represents a historic area that was once populated by a black community that was actually confined to this area. They couldn’t live in other parts of the city. It’s what was called red lining and East McCarty where our house was on is one of those red lines,” Smith said.

Jefferson City is currently waiting to see if it will have to pay back federal money on a Lafayette Street property set for demolition before the process starts.

The building was purchased before the flood plain was redrawn. Plans to rehabilitate it for low to moderate income people fell through.

“When the flood maps changed, part of the building came in the flood plain and we weren’t able to use any more federal money on it. So we cant do any more work,” Sanders said.

He said the only option is to demolish the house or sell it for that value.

Smith said she is also worried about property values going down as the homes deteriorate and sit vacant, because the city has bought them rather than letting others fix them up.

“By demolishing those houses it’s like there are leaving voids in our neighborhood; it’s like pulling out some teeth- you are leaving holes in the area,” she said.

Sanders said the homes sitting vacant are not able to rehabilitated.

“They are a liability they are places where criminal activites can occur, kids can throw and break windows and things like that,” he said.