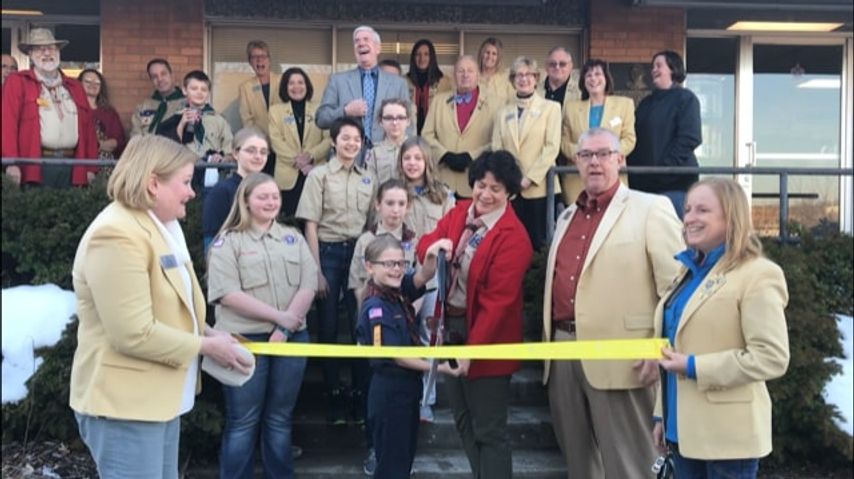 COLUMBIA - After more than 100 years of being exclusively offered to boys, the Boy Scout program opened its doors to girls today. With the new announcement, the program changed its name - from here on out, it'll be called Scouts BSA.

In Columbia, the Great Rivers Council held a ribbon-cutting to commemorate the changes. Both boys and girls from troops across mid-Missouri were there, along with council executives and members of the Columbia Chamber of Commerce.

Scout Executive Doug Callahan said, "Now girls will have the opportunity to join this program and learn the values of scouting - to be trustworthy, loyal, helpful, friendly, courteous, kind, obedient, cheerful, thrifty, brave, clean and reverent."

This isn't the first time girls have been allowed to join programs offered by the Boy Scouts of America organization. Girls have been participating in Explorer and Sea Scouts programs since 1971.

Venturing, a program built for young adults still interested in the scouting experience, has been open to boys and girls since its inception in 1998.

Most recently, Cub Scouts - the feeder program into the Boy Scout program - allowed girls into its packs last year.

For 10-year-old Catelyn Weise, who just recently completed the Cub Scout program, said she plans on becoming an Eagle Scout.

"Yes, absolutely," she said. "I'm looking forward to the challenges that'll come with it, and becoming closer to my friends through the process."

High school freshman Bridget Hollingsworth said she aspires to do the same.

"I do hope to become an Eagle Scout," she said. "I'm going to work towards that as best as I can. I just really hope I can achieve it."

Callahan said the decision to allow in girls came from input from scouting families and the desire to shape all future leaders.

"This rebranding shows our desire for inclusiveness," Callahan said.

All of the requirements and activities in Scouts BSA will remain the same as before. Troops will also remain single-gender, which means Scouts BSA is not a co-ed program.

The first female Eagle Scout won't come for another few years because of advancement rules in Scouts, but girls like Weise and Hollingsworth are already on track.