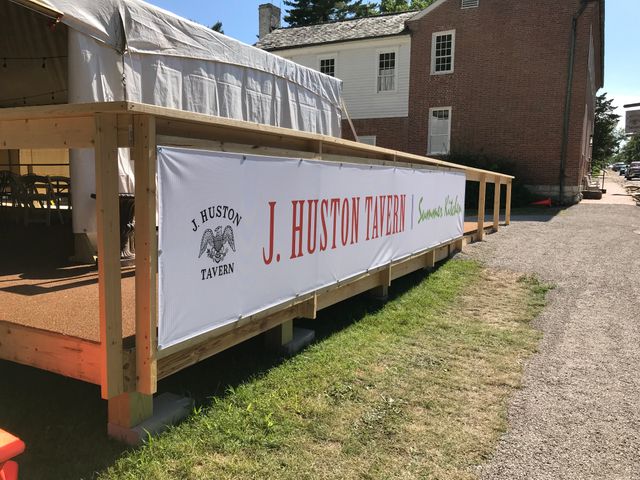 ARROW ROCK - Arrow Rock is getting back a part of its historic town it has been functioning without for almost a month.

The historic J. Huston Tavern re-opened Friday after an electrical fire back in May caused it to close. The fire was started with a piece of kitchen equipment. It destroyed the kitchen and left smoke damage to the dining room.

For the summer, the tavern will function under a large white tent and make food out of a mobile kitchen supplied by the Missouri State Parks.

Friends of Arrow Rock Executive Director Sandy Selby said the closing of the tavern was heartbreaking.

"It was kinda the stages of grief," Selby said. "The thought of what almost happened to this wonderful building."

She said she was thankful for the quick response to get the tavern back open, even if it's not in the original dining room.

"The fact that we're standing here less than a month after the fire and we're reopening and we're having such fun in this big tent is just amazing and we are so excited," Selby said.

The community is also excited for the reopening. Marilyn Ahrens, who works at the Lyceum Theater, said the tavern is important for tourism.

"For people coming in from out of town, it would be a big deal for it not to be open," said Ahrens. "I just know the town all worked together."