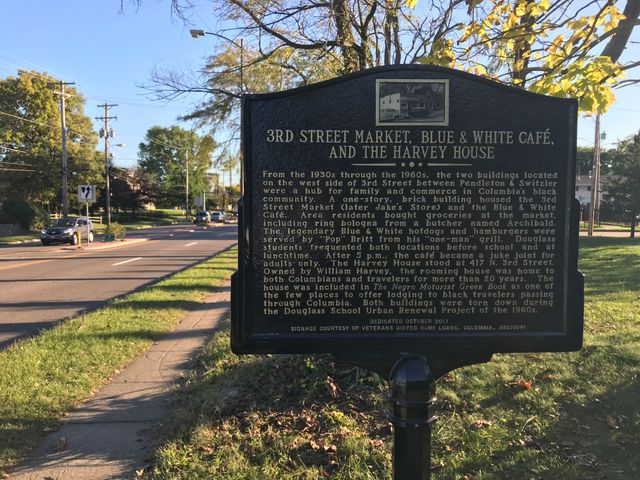 The Sharp End Heritage Committee serves to recognize the contributions of the Sharp End community, as well as educate Columbia residents on the community’s impact.

“The Sharp End was a historical black community,” James Whitt, Sharpe End Heritage Committee Chairman, said. "The first business location in the Sharp End was recognized in about 1915.”

The marker’s location, across from Douglass Pool, celebrates the Third Street Market, Blue and White Cafe, and the Harvey House.

“From the 1930s through the 1960s, the two buildings located on the west side of 3rd Street between Pendleton and Switzler were a hub for family and commerce in Columbia’s black community,” the marker reads.

Whitt said Columbia wanted to redevelop the city because of urban renewal in the late-1960s, which wiped out the Sharp End.

“It left a really bad taste in the mouth of black people during that time frame,” he said. "Some of that urban renewal money was supposed to go to developing the businesses that were located in that area, and that was not the approach that was taken.”

"What about the black community? I mean, what about people like me? What is the history of Columbia?” he said.

Tuesday’s marker is one of 15 that will commemorate Sharp End, with the next dedication coming in Spring of 2018.