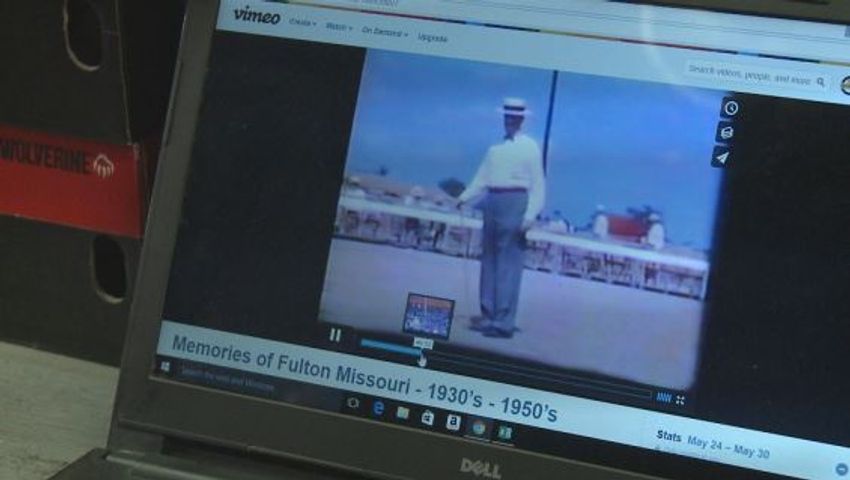 WILLIAMSBURG – Employees at a country store discovered a historical video of Fulton.

Workers at Crane’s Store found a VHS tape with a compilation of video of Fulton in the 1930s through the 1950s.

“We opened the drawer, since we throw nothing away, we actually found a video tape," Crane said. "It was a VHS tape of something that said 'Bill Crane,' who is my uncle, one of the previous owners of the store, and it said, 'Fulton Parade 1951.'"

Crane called the Kingdom of Callaway Historical Society to see what was happening in 1951.

"I said 'oh, that's the centennial parade for Westminster College and Missouri School for the Deaf,'" Huddleston said. "I did not know until I viewed the video that it dated all the way back to the 1930s."

Crane said he wanted to know what was significant about 1951 to his family and why it has the video.

"Margaret Dade, who was an African-American woman from Williamsburg, was riding a donkey to represent the 1800s in this area," Crane said. "My uncle, Bill Crane, who was in high school, and he and some of the other guys were dressed as plainsmen in bibs, barefoot with flintlock rifles following behind Margaret."

Crane sent the VHS tape to a company in Tennessee to digitize it.

He said he’s not sure who filmed or edited it, or why his family has it.

"Just except that my uncle was in the video," Crane said. "I guess people understood that we don't throw anything away, so it's a good place for us to keep stuff."

Crane said his father and grandfather collected many items over the years. Their store and museum is filled with antiques and historical items.