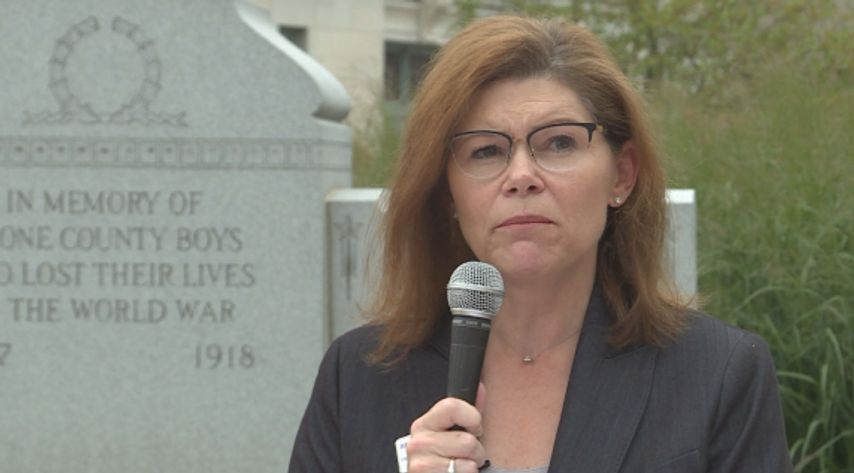 During a press conference, Renee Hoagenson questioned Rep. Vicki Hartzler for not joining a number of representatives criticizing the president for saying Russia did not interfere with the 2016 election, despite the opposite findings from the U.S. intelligence community.

Hoagenson also criticized Hartzler for not taking any action after the fact.

"Why isn't Representative Hartzler concerned with this attack on American democracy? Why won't she fight for us?" Hoagenson asked. "Representative Hartzler needs to stand up and demand to know what was discussed in the nearly two hours of private discussion. She should demand the FBI investigate into what Russian intelligence agency employees did or did not do to interfere with our elections until it is finished."

On Tuesday, President Trump reversed his stance, and said he agrees with the U.S. intelligence community assessment that Russia was responsible for meddling in the 2016 election.

In a Facebook post Tuesday afternoon, Rep. Hartzler said she was happy President Trump and U.S. intelligence community are in agreement.

"There is overwhelming consensus that Russian individuals hacked into DNC headquarters and stole emails which were shared publicly," she said. "They also amplified political divisions within America by spreading discord and misinformation on both campaigns through social media."

However, Hartzler said there is no evidence the meddling altered the outcome of the 2016 election or that the Trump campaign colluded with Russia.

"While the investigation is still ongoing, at this time there is no evidence these actions changed the outcome of the election nor evidence of collusion between Russia and the Trump campaign," she said.

Hartzler said Russian interference has hit too close to home in the past and must be stopped.

"We experienced Russian meddling here at home in Missouri when a Russian Twitter bot spread disinformation during the Mizzou protests. We know very well that the Russian threat is real and the President must lead on this issue," she said.