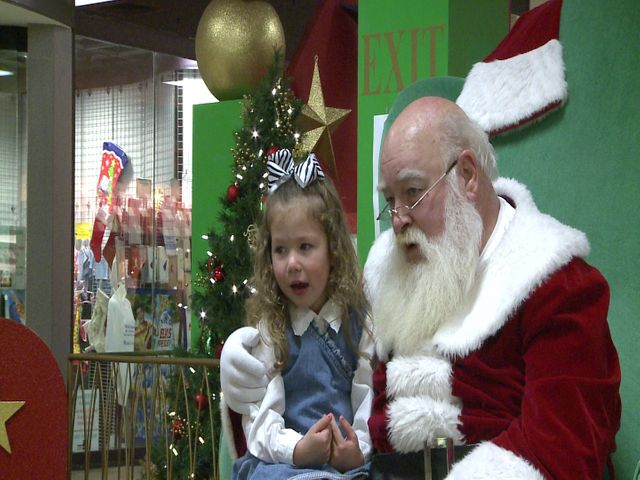 JEFFERSON CITY- Santa made an appearance on Saturday at the Capital Mall in Jefferson City on Saturday. Santa had a new location in the JCPenney Wing where over 150 children waited in line to sit on his lap.

Santa told stories to the children while they received free milk and cookies. Hy-Vee donated the treats. Children also had the chance to write letters to Santa, telling him what they wanted to see underneath their tree on December 25th.

While people of Jefferson City stopped by to see Santa, Kwanzaa was being celebrated at Douglass High School in Columbia. This African-American holiday is based around developing positive families and communities. Community awards were given, music, and a holiday feast was served. Columbia Parks and Recreation donated the food. Art was on display and also a table consisting of the symbols of Kwanzaa. Many families gathered together to celebrate Kwanzaa, which is observed from December 26 to January 1 each year.