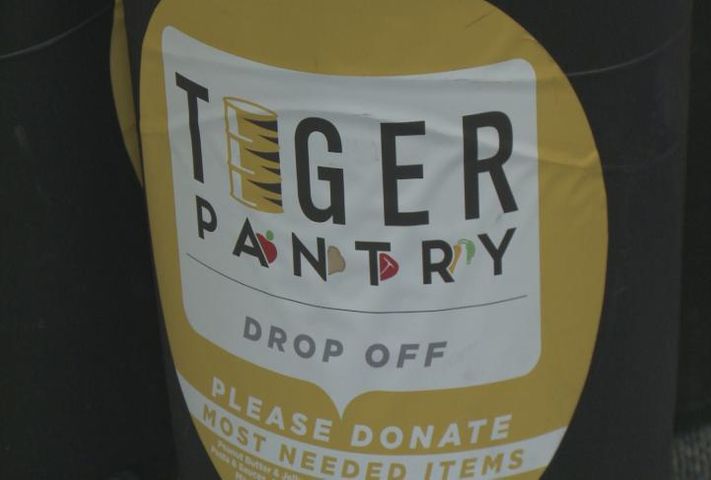 COLUMBIA - Monetary donations to Tiger Pantry increased this holiday season compared to last year according to the pantry's staff. Lauren McDermott, director of Tiger Pantry, said this is the busiest time of the year because people are in the giving spirit.

"A lot of people want to do fundraisers and drives for us which is fantastic, but because everyone wants to do it, it's really busy because we have to have everyone coordinate to go pick that up, go organize it, and then obviously inventory it," McDermott said.

Volunteer Paul Haluszczak said the pantry team is comprised of 25 to 30 MU students who want to help fellow students and faculty who are in need of food assistance. But McDermott said despite receiving many donations during the holiday season, the need is still constant.

"Usually we have a fast turnover with the food. We would constantly get these huge donations and then within a couple of weeks our shelves are back to being where they were before," McDermott said.

According to Tiger Pantry's website, founder Nick Droege revealed statistics about MU students and faculty which lead to the start of the organization. The website says there are more than 15,000 students on need based aid and many university employees are paid at our below the poverty level.

"It's just hard economic times all over. Especially at this time of the year, people want to throw big dinners with their families and it's hard to go out and say that you need help, so with an organization like this we're willing to help you no matter what," said McDermott.

McDermott said the organization has served 1,500 since it opened in October of 2012. She said about two-thirds of the food recipients are MU students and the rest is faculty.