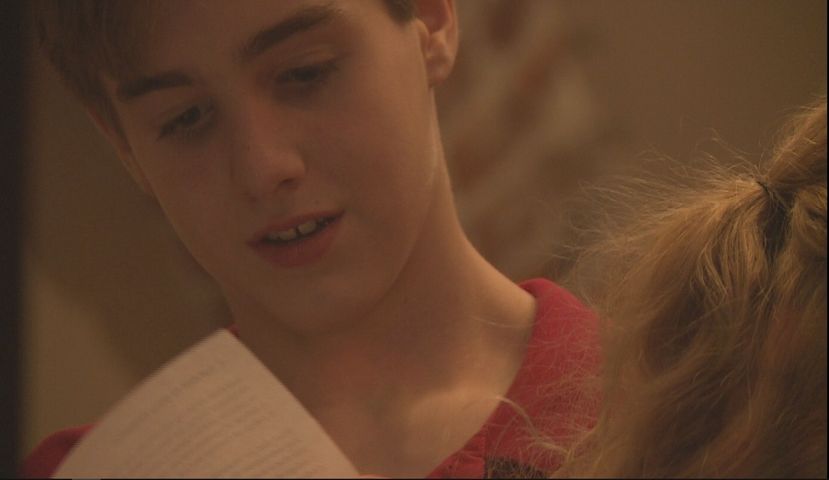 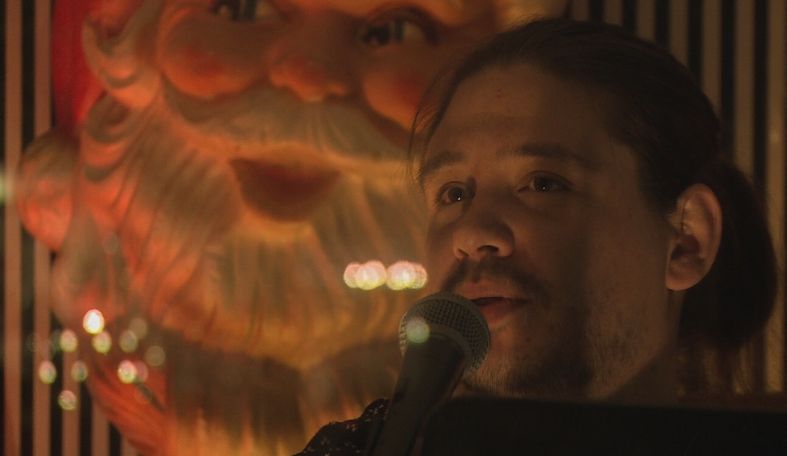 Stephen Sheppard sings in a storefront window during the Living Windows celebration in Jefferson City, Missouri on December 6, 2019. Sheppard is part of the band 2 Screws Loose. 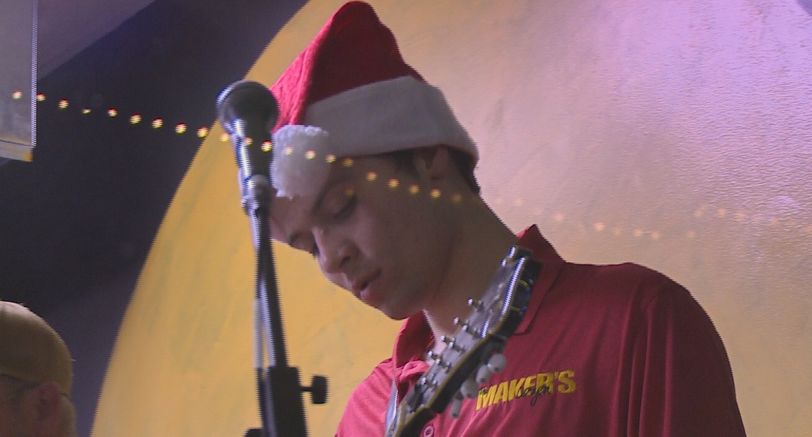 A member of Makers Dozen plays the guitar in a storefront during the Living Windows celebration in Jefferson City, Missouri on December 6, 2019. 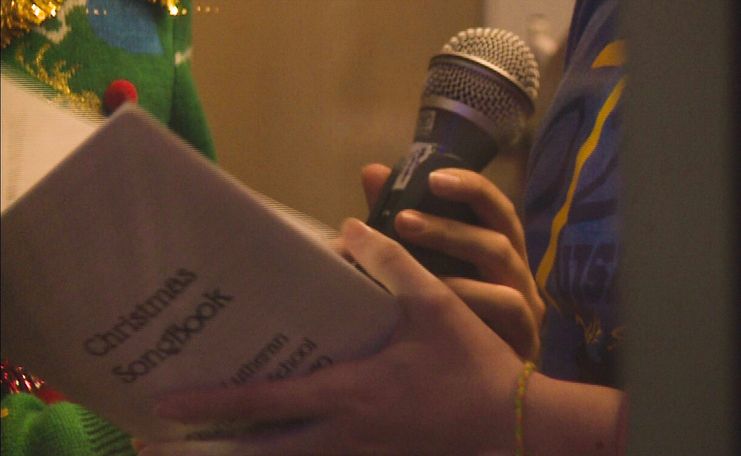 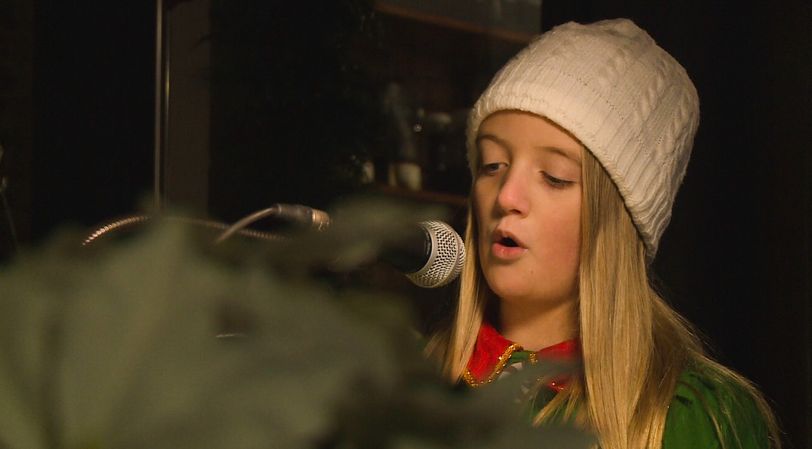 Norah Wolters sings in front of High Rise Bakery during the Living Windows celebration in Jefferson City, Missouri on December 6, 2019. 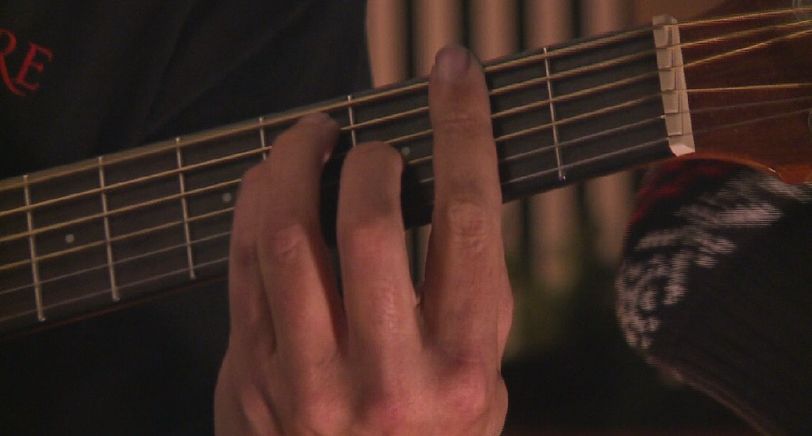 Jordan Roedel plays the guitar in a storefront at the Living Windows celebration in Jefferson City, Missouri on December 6, 2019.

JEFFERSON CITY- For over 20 years, the Living Windows celebration has taken over Jefferson City for one night each year. East High Street, which runs through downtown Jefferson City, transforms into a magical winter wonderland, drawing in thousands. Storefronts and windows come alive with performances from local musical artists. More than 50 groups participate and fill downtown for more than three blocks of entertainment. This year the celebration took place on Friday, December 6th.

Singers are a huge part of the celebration as they bring the strip to life. A band known as 2 Screws Loose got to enjoy the festive atmosphere for the first time as performers. The duo is based in Jefferson City and is comprised of lead singer and guitarist Stephen Sheppard, and guitarist Jordan Roedel.

“I’ve been here for Living Windows for a couple of years just working in the stores, but this year I really feel like I’m a part of it,” Sheppard said.

For Roedel on the other hand, this isn’t his first time performing at Living Windows.

“I came last year and played with my other band and I had a lot of fun, so I was really excited when I found out I’d be coming back this year,” Roedel said.

Roedel says that he knows the holidays aren’t always the best time for everyone. He feels that it can be uplifting.

“It can be kind of lonely around this time for some people,” Roedel said. “so music can be a great therapeutic outlet.”

Sheppard says that music is a necessary part of Living Windows. According to him, the celebration wouldn’t be the same without the performers.

“Without music, it’d be pretty boring around here,” Sheppard said. “Music adds a lot to the atmosphere and the overall feel of this experience.”

Living Windows aims to have a variety of performers at the celebration. Another singer, Norah Wolters, loves to sing. She’s only 10, but she’s passionate about sharing her voice with other people.

“I really love singing and it makes me happy,” Wolters said. “It’s nice to see our community get together and to see all the Christmas sights.”

This was Wolters’ first year performing at the celebration, but she drew in a nice sized crowd as people visited her spot in front of High Rise Bakery.

“This helps get people in the spirit and get ready to celebrate the holidays,” Wolters said.

Even Santa weighed in on the musical experience. Dan Crader has been Santa for over 30 years in Jefferson City and has been to every Living Windows celebration since they first started 20 years ago. According to Crader, the performances have gotten better each year.

“Just being able to come each year and see a new band or artist is a big part of what makes it a joy to come back,” Crader said.

Without music Crader says he doesn’t know if as many people would come out to enjoy the festivities.

“It wouldn’t be too bad, but it would be kind of dull,” Crader said. “The music gives it the atmosphere to be ready for the holiday season.”