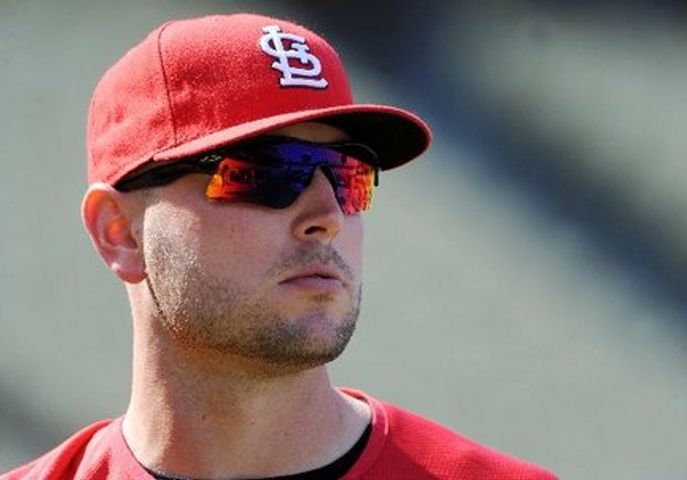 ST. LOUIS (AP) -- David Freese had a go-ahead two-run single in the fifth and Matt Holliday hit a three-run homer, leading the St. Louis Cardinals to an 8-4 win over the Pittsburgh Pirates on Thursday night.

The Cardinals ended a three-game losing streak and moved within 9½ games of idle Milwaukee in the NL Central. Pittsburgh lost for the sixth time in nine games.

Freese blooped a bases-loaded hit down the right-field line with one out to put St. Louis in front to stay, 5-4. Allen Craig began the inning with a single. Pittsburgh starter Charlie Morton (9-7) then walked Albert Pujols and Lance Berkman.

Holliday hit a three-run homer in the eighth off reliever Tony Watson. It was Holliday's 19th home run of the season.

St. Louis starter Edwin Jackson (10-9) allowed one earned run and struck out two. He walked three in his sixth start for the Cardinals. Jackson, acquired in a trade from Toronto on July 27, reached 10 wins for the fourth straight season.

St. Louis relievers Marc Rzepczynski, Jason Motte and Fernando Salas combined for three scoreless innings. Motte struck out Ronny Cedeno and got Ryan Doumit to fly out with a runner on third and one out to end the eighth.

The Pirates took a 4-3 lead in the fourth on back-to-back doubles by Cedeno and Michael McKenry.

Pittsburgh scored three unearned runs in the third to tie the game. Garrett Jones' two-run bases-loaded single was the big blow. An error by Freese at third opened the gates for the two-out rally.

Morton gave up nine hits and five earned runs in 4 1-3 innings. Morton was 1-0 with an 0.95 ERA in his previous four starts.