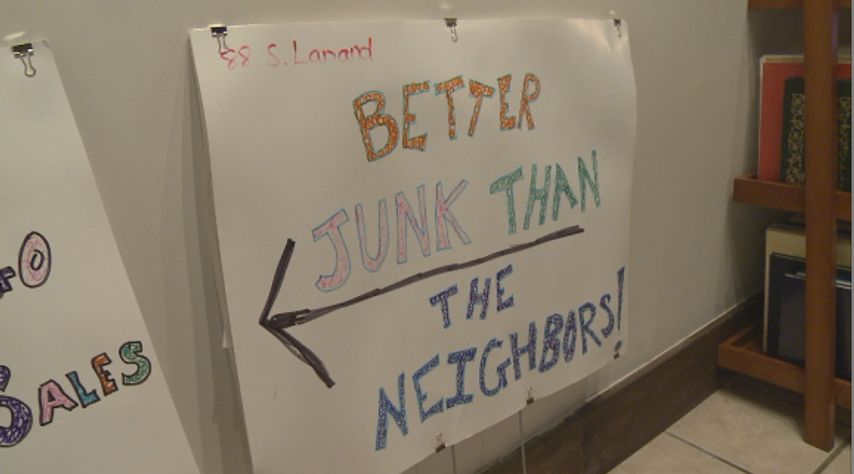 HOLTS SUMMIT - A city administrator says he doesn't want Holts Summit to be a "trashy" town.

Rick Hess went on Facebook Tuesday to explain the city's new ban on garage sale signs and things like them on any public street post or utility pole or in the right of way.

"We did this because there were a certain amount of people who put signs up on the post or right-of-way, and they wouldn't pick them up or take them off," he said. "It became really unsightly, it makes any town look trashy with these posts covered in staples, nails and tape."

Violators could be fined anywhere from $10 to $250, depending on how often they do it.

Many people who responded to Hess on Facebook support the ban.

Richard Delores Gilpin said, "Thank you! That's ridiculous they leave the signs up to deteriorate and clutter up our fine city."

Karen Jacquin said she agrees there needs to be some enforcement, but said the city needs to work with residents about putting signs in the right of way.

"Otherwise people will start putting them on private property at corners and I can see that will go downhill fast. PLEASE DEFINE RIGHT OF WAY," she said.

Beverly Luetkemeyer, who moved to Holts Summit last year, said she understands why the ban is happening, but she told KOMU 8 News she wonders if garage sales can be successful without signs.

"If you can't put them in your front yard or right-of-way, it doesn't make it worth it to mind the yard sale all day," she said.

Hess said the city may consider taking another look at the ordinance based on a suggestion from someone in the Facebook conversation.

Todd Rowell said the city should allow people to post signs in the right-of-way for a few days after paying a small fee. Then, if they don't remove their sign after the allotted time period, the city can fine them.

Luetkemeyer said she appreciates the city being open-minded.

"I like that about Holts Summit: a lot of city administrators on the Facebook page pay attention to what people are saying," she said. "You can see your suggestions take root before your eyes."