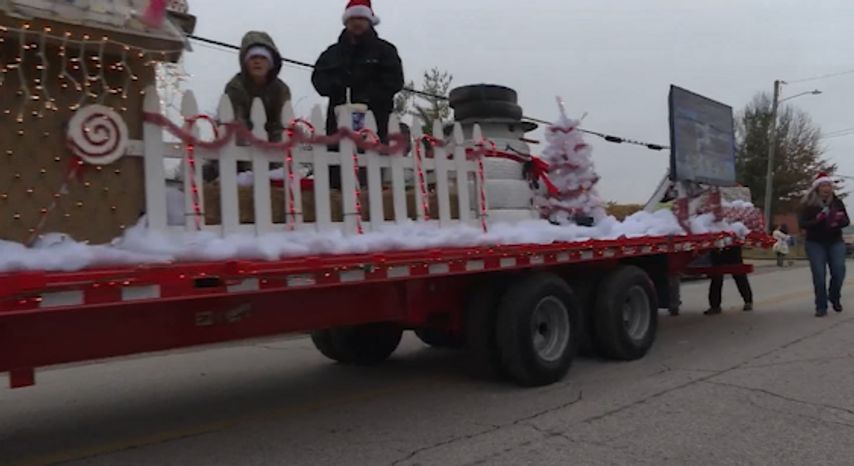 HOLTS SUMMIT - With temperatures around 30 degrees on Saturday, the cold weather did not stop Holts Summit residents from enjoying the annual Christmas festivities.

Some did, however, choose to watch the fun from their cars.

This year's theme is "The Nightmare Before Christmas."

"My family and I really like Nightmare Before Christmas," Holts Summit resident Magen Crabtree said.

Every year, the parade brings people from all over Holts Summit to watch the various floats and get in the holiday spirit.

"It's just fun that our little town a cool thing like this for us to come and see," Crabtree said.

She said her son was born the weekend of the parade last year, so her family missed it.

After the parade, the city's Christmas Tree was lit in the plaza.