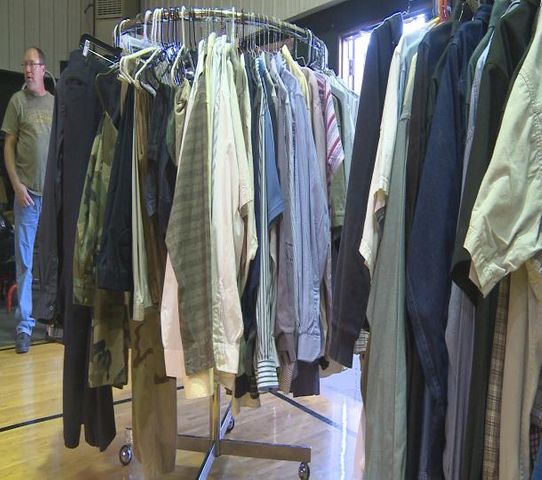 HOLTS SUMMIT - Volunteers came together at the Union Hill Baptist Church in Holts Summit Sunday for a good cause. Victims affected by an apartment fire Friday were able to go to the church's gym to pick up clothes and other items free of charge.

The church held the event Sunday afternoon, allowing victims from the 29-unit apartment complex to pick up whatever they needed. Clothes, shoes and other necessities filled the entire gym.

Senior Pastor Frank Whitney said about half the items up for grabs at Sunday's event were donated after Friday's fire took place.

Everything from jeans, shoes, shirts, purses and lunch boxes were available for anyone affected. Whitney said the event was a team effort.

"We simply put the word out that they'd get [the donations] here yesterday," Whitney said. "I think it's a privilege for us as citizens to be able to help other people in need."

The church also works the food bank to help donate food to those in need of assistance.