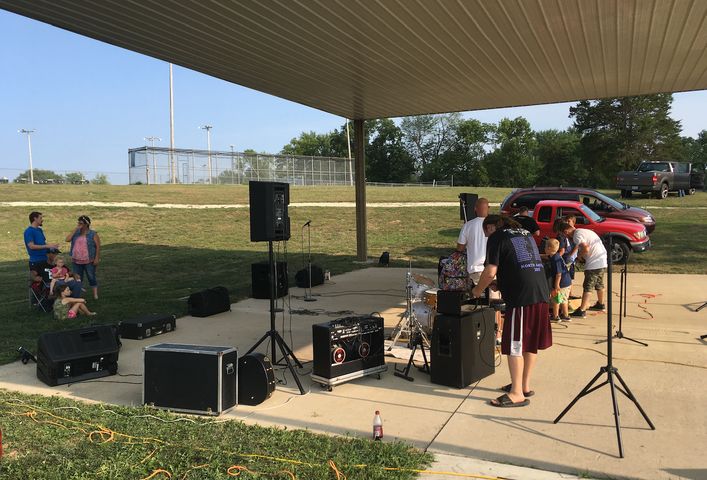 HOLTS SUMMIT – A park in Holts Summit was filled with people gathered in honor of Carl DeBrodie on Saturday.

DeBrodie was found in a storage shed last April, encased in concrete. KOMU 8 News has continued to follow the story.

Carl’s guardian mother, Mary Martin, helped start a foundation called Carl’s Helping Hands. Though she was not his legal guardian, Martin said she cared for him like her own child.

On Saturday, the community held a benefit concert to get it off the ground.

“The cause is to aid and advocate for the people in the mental heath system,” Heather Smith said.

DeBrodie had his own disabilities. The foundation was created to help people who are in similar shoes to DeBrodie’s.

“All of this is very close to my heart,” Smith said.

She had known DeBrodie since she was 8 years old.

Smith helped set up the benefit concert. Along with various bands, there was a food truck and a beer garden for those in attendance.

Martin said all of the money raised would go towards the foundation.

The foundation also has a GoFundMe account that accepts donations.

“My child died,” Martin said. “That’s why it’s important to me.”