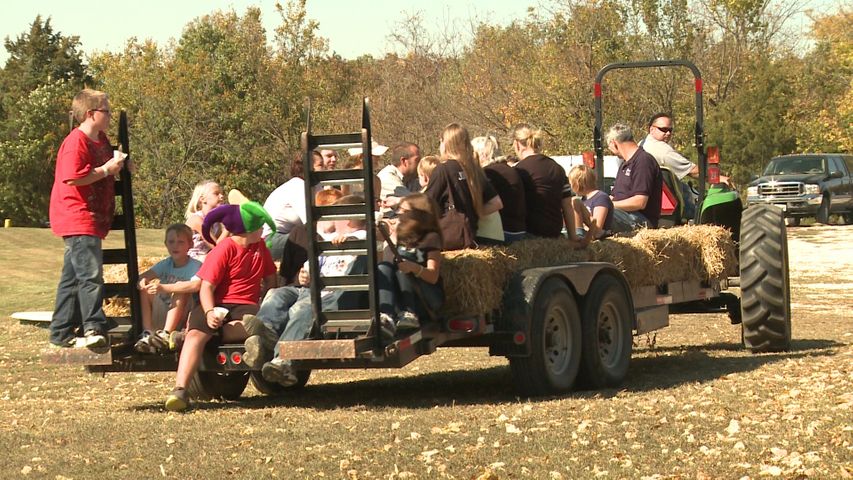 HOLTS SUMMIT - It was hard not to fall for local festivities Saturday, with warm weather and sunshine. An estimated 2,000 to 3,000 friends and family members made their way to Holts Summit 6th annual Harvest Festival. Greenway Park was filled with vendors, crafts and activities catering to kids.

So what was the biggest hit? Just ask 12-year-old Savannah Thomas.

The free festival also featured live music from elementary school choirs, the North School Notables and the Callaway Hills Cougar Choir, along with the Class of Rock from Jefferson City. Rad and Rissa wrapped up the tunes, performing classic and contemporary hits to get the crowd's heels tapping.

Harvest Festival Event Chair Lynne Bateman said the Holts Summit Betterment Association and city of Holts Summt hope to bring in more bands in the future to play a wider variety of tunes.

This is actually the first year the city helped sponsor the event, which Bateman said made quite an impact on what the festival had to offer.

"That made such a good partnership because its made it grow and grow each year. We're able to offer these wonderful free hayrides and trainrides for the kids, and things that we didn't have in the past. But we've got more and more vendors each year," Bateman said, "The very first year all they did was hand out hot dogs to people and soda."

"They used to have only like one vendor or two. Now, they have like twelve," Thomas's 14-year-old Deseraya said.

"I would recommend people coming here because it's really fun and Holts Summit has a lot of great programs that come here," Thomas said.