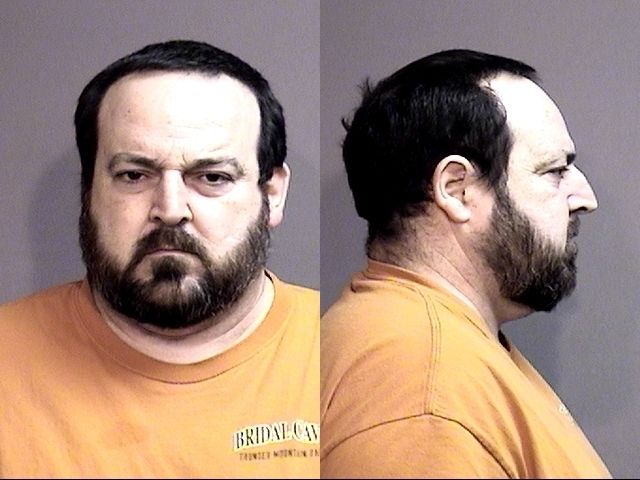 COLUMBIA - A man awaiting trial for attempted kidnapping and - separately - a rape case faces new charges for an incident from December 2017.

Deputies booked Anthony Rowell, 49, into jail Wednesday on suspicion of kidnapping and sodomy or attempted sodomy. His bond for the combined charges is set at $700,000.

According to court documents, the victim told police she had left a Columbia bar after midnight in early December, admitting she was very drunk at the time. She said her car ran out of gas while driving on Highway 63 near Route H. While she sat in the car, she said a man pulled over behind her and contacted her, identifying himself as a police officer.

The victim said the man told her she was in trouble for driving drunk, and she went with him back to his vehicle, saying she didn't want to go to jail. At that point, according to the victim, the suspect started to unbuckle his pants, suggesting that if she performed a sex on him he "would be willing to overlook the driving while intoxicated arrest." The victim complied, after which the suspect drove her home.

Later that day, after the victim talked to police, investigators found and recovered her car. They sent fingerprints from the vehicle to the Missouri State Highway Patrol lab for testing. One of the prints matched that of Rowell.

When asked if she knew Rowell, the victim said no, but identified him as her attacker in a photo lineup. She said he had looked like a "dressed down" police officer at the time of the incident.

During a search of Rowell's home, police found clothing and equipment used by law enforcement. Detectives determined Rowell had served as a corrections officer in another state, possibly explaining where he got the law enforcement items from.

Rowell's arraignment for this case is scheduled for Thursday afternoon.

In March 2018, Rowell was charged for rape and kidnapping in connection with an incident in Columbia. Court documents in that case said DNA evidence linked Rowell to the rape of a woman in November 2017.

In January 2018, police arrested Rowell after a woman said he grabbed her by the hair and tried to drag her into his vehicle.