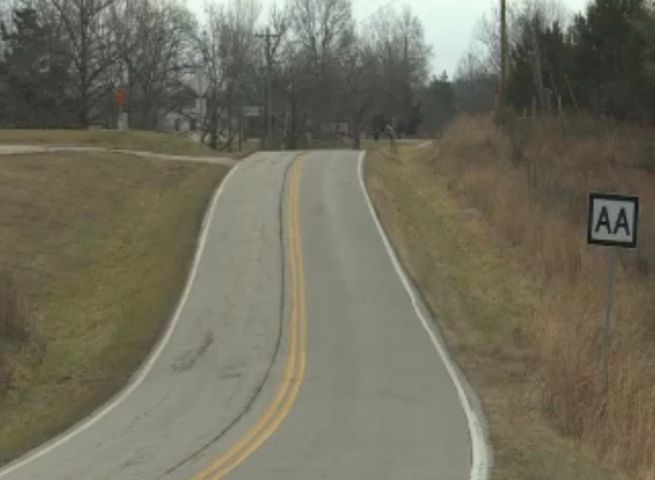 HOLTS SUMMIT-  Parents of children from Callaway Hills Elementary School are rallying in support of a bus driver who is being reprimanded by First Student, the bus service used by the Jefferson City School District.

Rebecca Poe, the driver of school bus 41, has been stopping in the middle of state road AA to block it while students cross the road, in order to keep vehicles from driving around the bus. Nationally, the law requires cars to stop and wait for a school bus when red or amber warning lights are flashing, and remain stopped until all people are clear of the roadway and the bus is in motion.

State Road AA is known for being a winding road with a lot of blind spots. Poe said when it’s dark in the morning it’s also hard to see the kids, which adds another element of danger for when they try and board the bus.

Poe said drivers have not been obeying this law and are not only driving past the bus, but speeding over the 55 mile-per-hour limit.

Parents said they have noticed this too, and have thanked Poe for taking extra steps to keep their kids safe.

"The bus hide helps, and if she can provide at least a fair warning to a vehicle that they need to slow down and/or stop, because she’s letting children off, and it’s for the safety of the children first. And that’s her priority,” said Daniel Gravelle, a parent of two Callaway Hills students.

One of Gravelle’s children is disabled, and it takes her extra time to board the bus. Gravelle said not only does Poe take extra precaution with her by helping her board, but she does this for every student.

For Poe, the stakes are even higher as her grandkids also ride her bus. She said she is mainly concerned with making sure students are safe.

Bus drivers are allowed to take down the license plates of drivers if they pass the school bus illegally, and Poe has done this multiple times.

She said she does not think anything has happened and that no tickets have been issued. Therefore, she felt it was necessary to do whatever she could to keep her students safe.

It is illegal to cross a road on the wrong lane of traffic.

On December 12, a child was hit outside North Elementary School in the Holts Summit school district.

Parents are praising Poe on Facebook for her efforts to make sure this doesn’t happen to any students from Callaway Hills.

However, one of the posts on Facebook led to the First Student bus service finding out about her choice to stop and block the road.

They told Poe if she continues to do this, she could lose her job.

One parent, who preferred not to be named, said she and other parents would be "very upset" if Poe lost her job.

The parent said she would "like to think that another bus driver would protect the kids like she does," but doesn't know if any other drivers would put the safety of their kids first, the way Poe does.

Swyers wanted to reiterate First Student thinks Poe is a "wonderful driver" and they "appreciate the care she has for children," but said the company has to look at the "big picture" for everyone's safety, as well as follow the law.