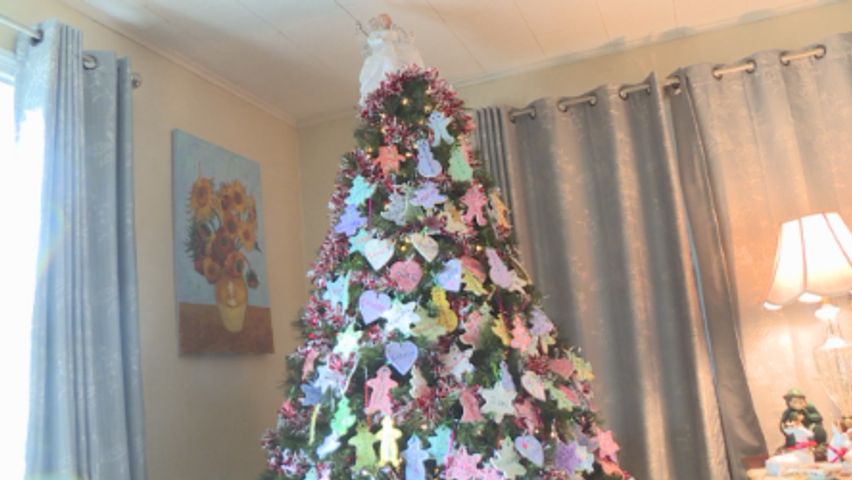 HOLTS SUMMIT - They holidays can bring a rush of loss and grief to those with missing loved ones. A group in Holts Summit works to make the season easier for them.

Cookie ornaments personally decorated with the names of those lost are hung on a tree in the Holts Summit home of Missouri Missing founder and Executive Director Marianne Asher-Chapman.

“We have approximately 196 ornaments on this tree," she said. "They’re so heavy that they’re covering each other. I started with 40 ornaments a few years ago.”

The mission of Missouri Missing is one that Asher-Chapman holds extremely close, as her own daughter disappeared in 2003 after being domestically abused.

“We’ve never been able to find her remains. I still actively take a shovel and go to the property and look for Angie, and as long as I’m able, I’m gonna look for Angie,” Asher-Chapman said.

One of the newly added ornaments is in honor of Darnell Gray. The 4-year-old was reported missing in October and his body was found a short time later. His caretaker was arrested in connection with his death.

“It was really a difficult thing. In the end it was not a good outcome, but we are glad he was found,” Asher-Chapman said.

She said she hopes to one day see the tree displayed in the state Capitol.

“It really seems like a pretty big endeavor, but it’s not impossible and I never give up on anything ever,” she said.

Asher-Chapman said, despite it's tragic origins, she wants the tree to be a symbol of hope.

Anyone can add the name of a missing loved one to the tree by messaging the group’s Facebook page with a request.