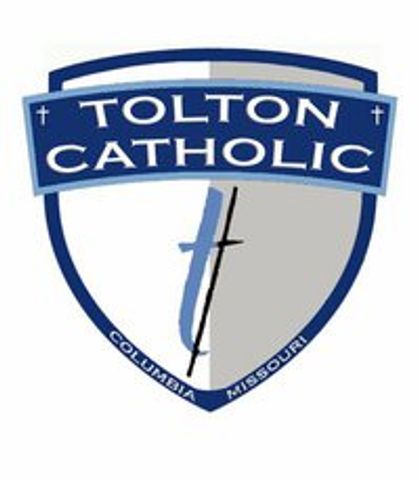 COLUMBIA - There are no locker rooms, no pregame sign to bust through, but for Tolton High School, it was still a special night.

"Every time you have a home game people are going to be kinda excited because its the first time with family and friends," Chad Masters, Toltan's football coach, said.

It was the football program's first ever "home" game. "The Trailblazers home is right here at the Rock Bridge High School football field. Tolton football coach and athletic director Chad Masters doesn't think their field will be ready until next year. And that's just a "hopefully." Now, the players, they don't really care, as long as they represent the city of Columbia," said Brad Galbreath.

"It's all about home pride, and this is the place to do it," Christian Elliott, freshman quarterback for Toltan, said. "There's a certain kind of neat thing about playing at home, putting on a different colored jersey, having a little bit of a different situation."  And on their first drive the trailblazers went on to win a nailbiter 26-22 over Missouri Miltary Academy. The crowd was there every step of the way.

"It was awesome, like when they were on defense, we couldn't hear the other team calling out the play because the crowd was so loud," said freshman quarterback Christian Elliott.

Austin Gregory, Tolton's running back also said "I enjoyed it. I'm from Columbia, so a lot of these people I knew, so I was glad people came out to support us." The first win, but to some, it's just a win.

"It feels pretty good, but like I told these guys, maybe it's my curse, but you have to flush this one and get ready for Westran on Monday" said football coach Chad Masters. One win with hopefully many more to come.