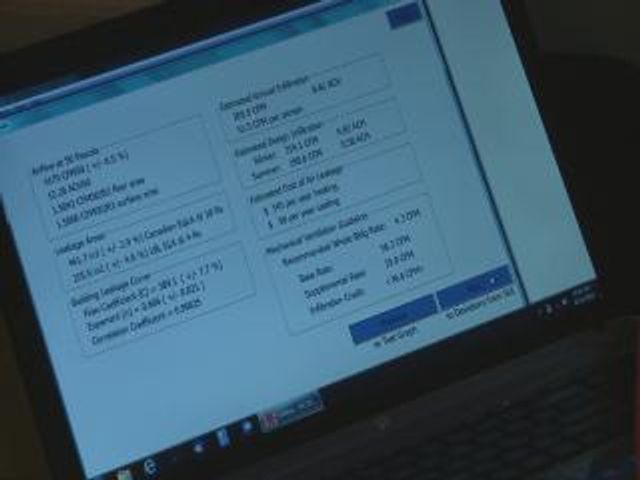 COLUMBIA - Columbia Water and Light unveiled its new efficiency scoring program this summer with hopes it would boost home sales.

Water and Light employees developed the new scoring system as part of the Home Performance with Energy Star Program. The department received complaints from customers that the old system wasn't tailored enough to their needs.

Water and Light spokesperson Connie Kacprowicz said, "It's very similar to if you go and buy a new appliance they have a little energy guide label on it. It's a very similar approach but something we started here in Columbia."

It looks at each home individually and grades on what steps a home has taken to increase efficiency.

"It's a way for customers to know what value is brought to their home by the investments they made to energy efficiency," she said.

While this system is still new, Kacprowicz said they have big goals for it in the long term.

"It can be used by real estate agents or people selling their homes to show someone, hey, I have an extra added value to this house," Kacprowicz said.

Those in the industry say this type of program is just the thing buyers look for when entering the market.

"They will base their decision on utility costs and that type of thing," said Columbia Realtor Jessica Kempf. "So if a seller has participated in a city program like this, it will make their home a lot more marketable."

Once your home is scored, there are rebates and low interest rate loans available to put toward the necessary improvements.

Jason Boyt owns a home in Columbia and said he turned to the program after his furnace broke down.

"I've got to do a complete new system," Boyt said. "I'm going through the city to get all the rebates I can and make it as cheap as possible."

While Boyt doesn't plan on moving any time soon, he does say when the time comes to go, he will keep the scores in mind.

"If that was some information I had at the time, definitely, who wouldn't?" Boyt said. "If you see a house now that's 60 percent inefficient and you compare it to a house that's 30 percent, or 35 percent inefficient, there's no comparison."

To find out more about the scoring system and how to sign up, visit here.