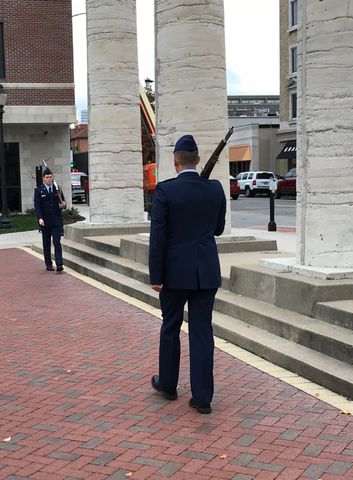 COLUMBIA - The U.S. Department of Housing and Urban Development (HUD)  reported a 5.8 percent decrease in homeless veterans living in Missouri from last year.

Data in the same report showed the opposite for mid-Missouri. In 2017, HUD estimated there were 98 homeless veterans in the area. The 2018 report indicated an increase to 112 veterans.

HUD received this data from Continuum of Care (CoC) groups. These are local organizations that report homeless populations to HUD using the Point-In-Time (PIT) Count method.

Hoelscher said Point-In-Time data means everyone is counted in one day, and then that number is reported. He said that approach could lead to a misrepresentation of homelessness.

"In Boone County we've come up with somewhere between 50 and 60 homeless veterans," Truman VA Hoelscher said. "We came up with that number through our street outreach program where we team up with various organizations."

"It's great to hear it's going down, but there's always more we can do as a community," Robert Ross of the MU Veterans Center said.

HUD Secretary Ben Carson made this announcement one week before Veterans' Day.