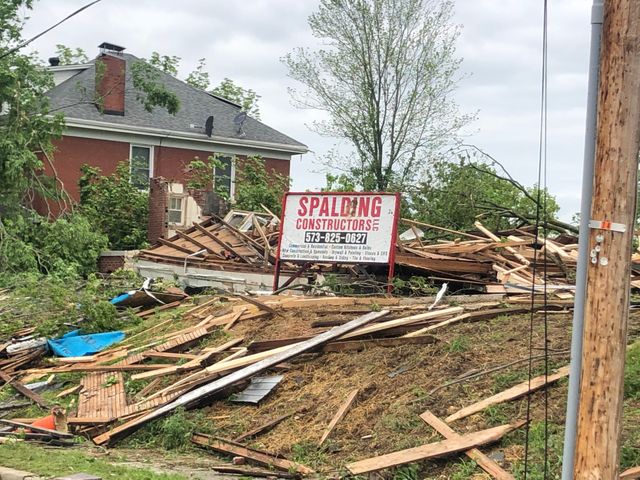 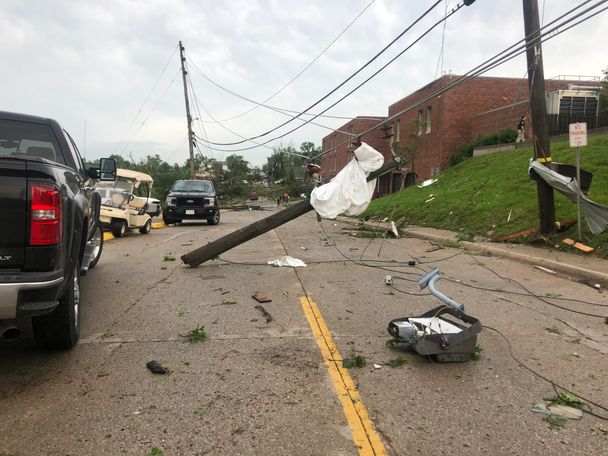 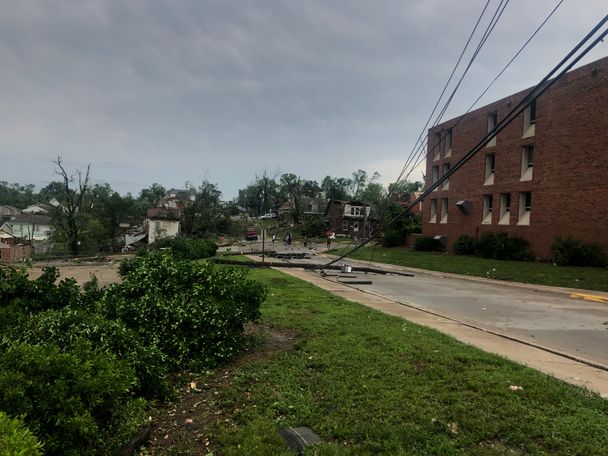 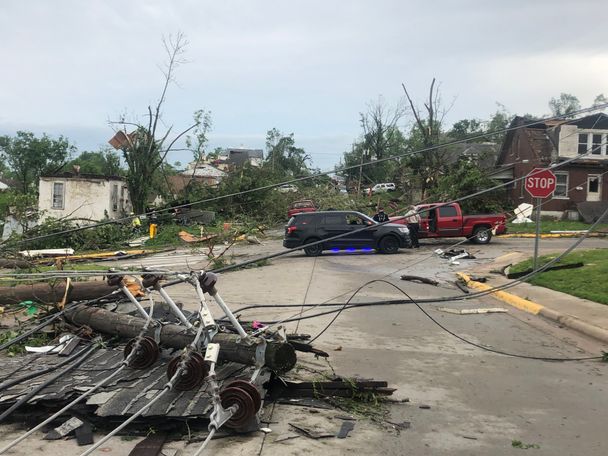 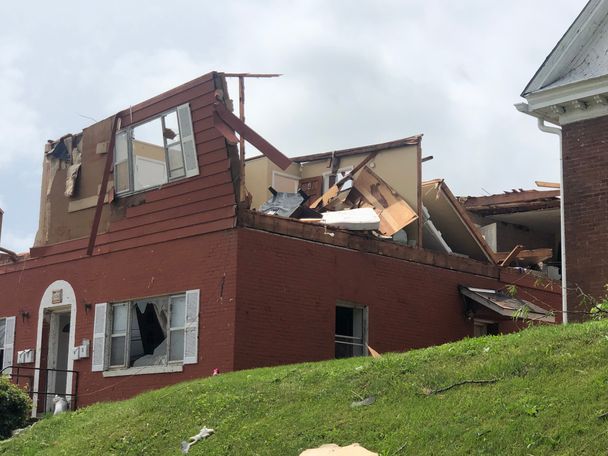 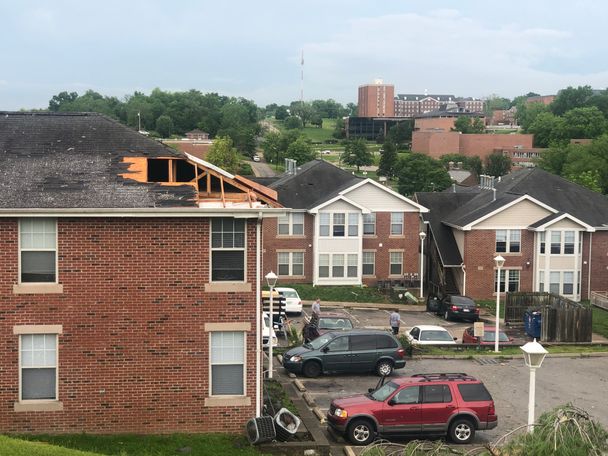 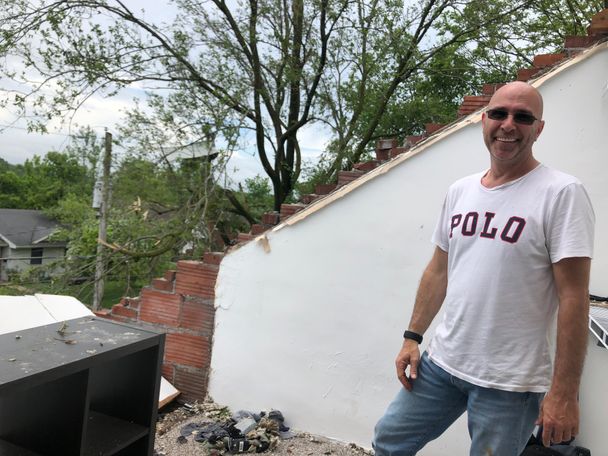 Andrew Buchanan stands in the middle of his what-used-to-be-closet. He says he didn't find the roof and some of his socks. 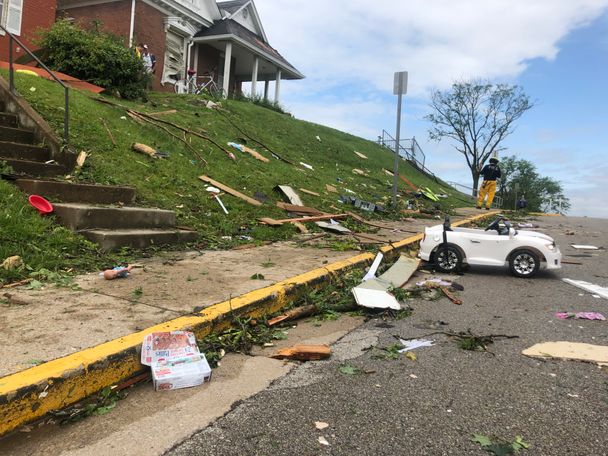 JEFFERSON CITY - Residents of the eastern part of Jefferson City spent much of Thursday cleaning debris.

Andrew Buchanan, who lives on Dawson Drive, said he was at home when a tornado hit Jefferson City Wednesday night.

“I ran down the basement and it just kind of exploded,” he said.

Buchanan said before that happened he was "being curious" at his backdoor.

"My backdoor is right next to my basement door. When I heard trees snapping and popping and all that sound, I decided it’s a good time to leave,” he said.

Buchanan said he found a hole where a closet used to be. And that wasn't the only damage.

Aaron Clark, who owns a house in the historical Hobo Hill District, said his building was empty at night.

“In the morning, I was contacted by friends, relatives, and local law enforcement saying that the tornado ran through the house,” he said.

Clark found the garage flattened and the house was missing windows. He said a two-story house next to his was damaged even more. Its second floor was destroyed after some metal construction hit it.

Buchanan said he managed to save some of his clothes and other stuff, moving everything to the dry portions of the house.

“I don’t know where I’m sleeping tonight, but I have a hole in my house, I’m not sleeping here,” he said.