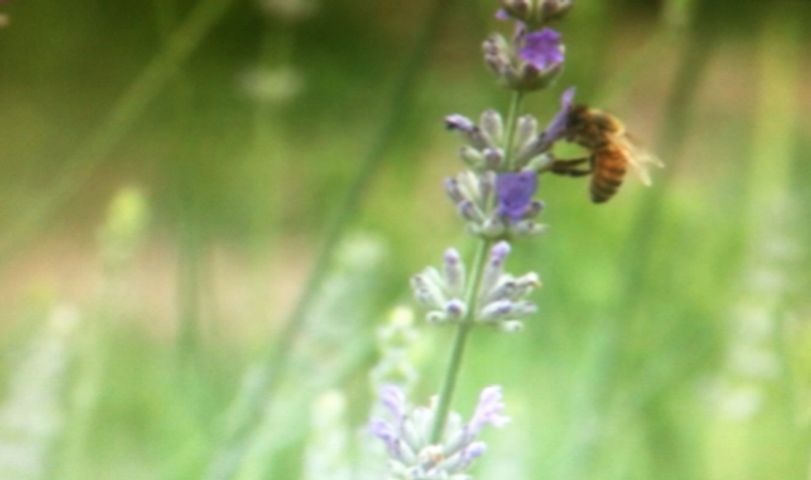 COLUMBIA - Beekeepers have the unenviable task of facing thousands of stingers to get honey, and it's not getting any easier.

The scorching summer dried up water supplies and limited the amount of nectar flowers produced. Without nectar, bees can't make honey, which caused a steep drop off in production.

"At this point, it looks like anywhere from 80 to 90 percent," Walk About Acres beekeeper Art Gelder said.

With honey harvesting season almost at a halt, Gelder projects his 80 hives will have produced 500 pounds of honey. During a regular season, his hives will produce four to five thousand pounds. Despite producing at 10 percent of capacity, Gelder said he hasn't changed his price on honey products.

"So far it hasn't affected it any at all," Gelder said. "I'm assuming with the drought of honey, in the future or next year, our prices will go up."

A beekeeper for 20 years, Gelder has honey-based products from shampoos to a rainbow of ice cream flavors. Gelder hasn't felt the sting of the summer as much as other beekeepers though because he sells bees, bee equipment and bee food, too.

Other beekeepers maybe be stuck as honey problems are compounded by colony collapse disorder.

"It's the rapid decrease of bees in a colony," Missouri Department of Conservation's Robert Lawrence said. "(It's) been described as just a rapid decrease in the number of live bees. Bees are flying away from the colony and not coming back to the hive."

Researchers initially thought the problem was due to mites, but Lawrence said it is more complicated.  The disorder maybe due to several components including diseases, viruses or environmental factors.

""If honey bee populations are declining, that's going to be a huge blow because of their role in agriculture and pollinating," Lawrence said.

The presence of bees is hard to overstate. Albert Einstein once said, "If the bee disappears from the surface of the Earth, man would have no more than four years left to live."

So if honey prices look bad, Gelder recommends some honey ice cream for comfort. "We have people tell us it's the best they've ever had," he laughed.