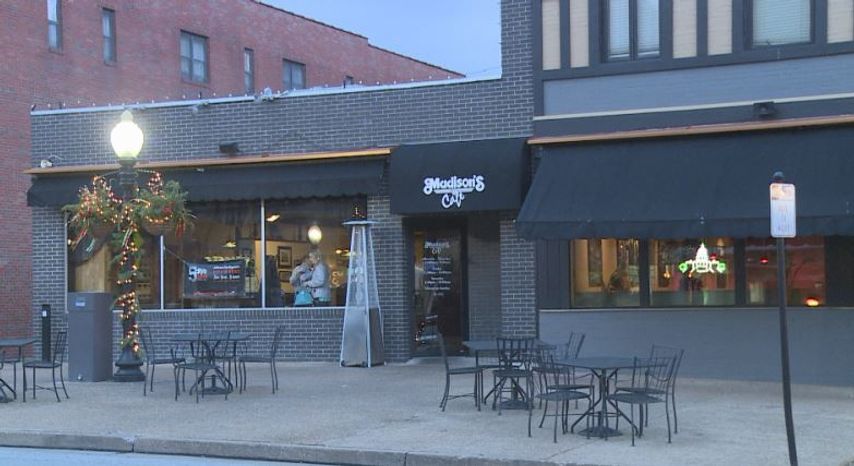 He told everyone Steve Barclay, director of the Hong Kong Economic Trade Office, was touring Iowa and Missouri. Holden wanted to know if they would host a luncheon for Barclay Friday morning before he went to St. Louis Friday afternoon. Officials, including Bushman, said they'd be glad to.

"We were fortunate," Bushman said. "We had Congressman [Blaine] Luetkemeyer. [He] was able to come. We had representatives Senator [Roy] Blunt and Senator [Claire] McCaskill. We had presiding commissioners from Callaway County, Osage County, and city councilmen."

When asked about the economic development between mid-Missouri and Hong Kong, Bushman said Hong Kong is basically an island of 7 million plus people. They have to import everything. Bushman also said they are probably importing some of Missouri's agricultural goods already.

"I pointed out Osage County, Diamond Pet Foods," Bushman said. "They started here in Central Missouri, and they're the fifth largest manufacturer of pet food in the world, so I think they're already doing business with China."

Bushman said attendees are looking for potential things they could do to do more with Hong Kong and do more with China.

"[Barclay] was just telling us about Hong Kong," Bushman said. "It was a British colony, and it reverted back to China. It's still kind of a separate world into itself. They have their own dollar. Their courts are still based on the British justice system. It's kind of the window to China. A lot comes into Hong Kong and then goes on into China."

"It sounds really like a wonderful place to live," Bushman said. "I think housing is probably at a premium. It wouldn't be anything we would identify with"

Hong Kong has no sales tax, but it does tax on alcohol and cigarettes due to the potential dangers. Hong Kong also taxes gasoline and automobiles in an effort to reduce pollution.

Bushman also said the presentation was overall a general learning experience. Barclay couldn't stay long due to time constraints, but, following this initial conversation, Bushman and officials would like to have him back in Missouri another time.

"We're not the same state we were back in the 20th century," Bushman said. "We really are becoming more international, and I think that's good."