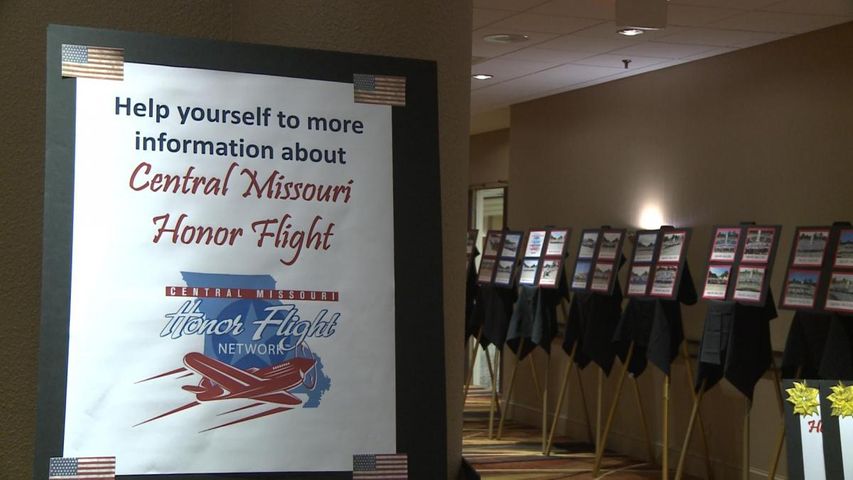 The CMHF was founded in January 2009 when a group of local citizens joined together to raise money to take WWII veterans to Washington, DC. Then, the Honor Ball started the second year the Honor Flight flew.

Bell said that the veterans and one guest are free, but the general public has to purchase a ticket for $100. All of the proceeds then go directly to Honor Flight, and that helps them send more veterans on honor trips. The CMHF said the average cost for a flight, including all transportation, supplies, meals and other logistical expenses, is approximately $70,000. Since the first Honor Flight in May 2009 CMHF has taken 1,553 heroes on the Honor Flight.

Shelley Becker, the Community Relations Coordinator, said the event aims to have a military ball atmosphere.

Bell said the Honor Flight Board of Directors and the volunteers want the party to have a military ball atmosphere because it gives it a dignified feeling. "We like to keep that feeling when we deal with our veterans, and they are familiar with that type of thing."

This year, Bell said they are expecting 400 guests in total.

The evening starts off with a welcome and an introduction followed by a posting of the colors performed by MU ROTC. Then, the Pledge of Allegiance and the Star Spangled Banner are performed. A "In Memory" and "Remembrance" are also given, and then the party begins. After dinner is served, entertainment and dancing commence.

Live music was performed by The Memories Orchestra, The Honor Flight Pipes and Drums, and The New Covenant Handbell Quartet. All of the music performed is from the 40's.

"Especially for the World War II veterans that was the music from their era, and it is something that they enjoy more maybe then the more modern music," Bell said.

Bell said her favorite part of the entire evening is when the veterans see each other again. "A lot of times that is really neat when they see people that have been on a trip with them, and also it is great to be able to honor them again."

The CMHF said they will begin flying again in April 2014. For more information on the Honor Flight visit the website.