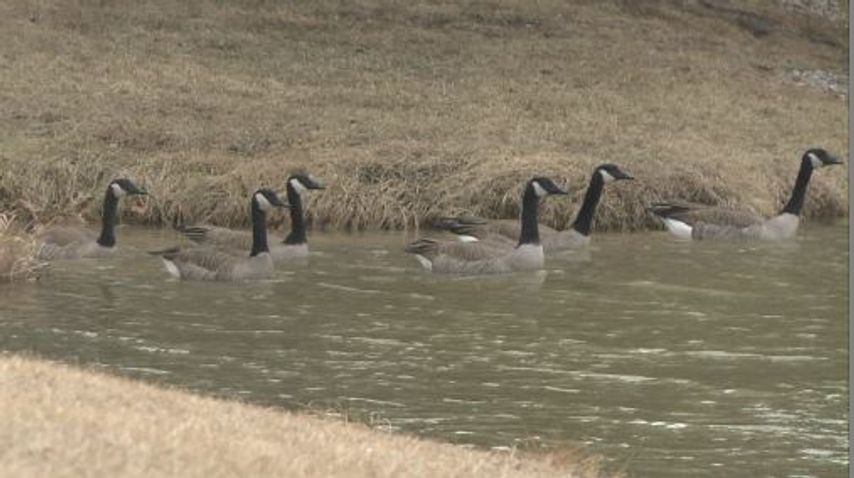 JEFFERSON CITY - The goose population at a Cole County park has prompted local officials to take action - including closing the park temporarily - to bring the numbers down.

Traci Sambolin lives near Jaycee County Park in Jefferson City. She said she visits the park often, but one thing can keep her away.

"It's not the geese, per se, but it's their poop," Sambolin said. "I run a lot on this trail and I hate dodging the poop and I definitely don't want to step in it. I'm worried I'll hurt myself dodging goose poop."

Sambolin said she's never complained about the amount of goose poop, but several residents who live near the park have. Larry Benz, Director of Cole County Public Works, said complaints about the geese have increased in recent years.

"The park is getting used more in more and we used to have only two to four birds out there, but they've grown over time," Benz said. "We like seeing them out there but at some point you have to draw the line. When you're having to watch where you step, it's clear it's a problem."

"It really is a bummer, because it's such a beautiful place to walk and there are so many nice people out here, but you just don't want to deal with it," Sambolin said.

Next week, the park will be closed Monday through Friday for goose population control. Benz said residents have been notified via postcard about the closing, and signs have been posted around the park. He said resident safety is very important.

"To keep residents safe, we have limited the hunt to one of our employees and one of his friends," Benz said. "They're both experienced waterfowl hunters. They understand the problems of being in a pretty congested area where there are homes."

According to the Department of Conservation, each person is allowed to shoot up to three geese per day. Benz said he doesn't think that will happen every day.

"I think the first day they go out, they might have success, but it won't take long before the geese figure out what's going on," Benz said.

Phone calls have been coming in from residents, but not to complain about the hunt.

"We've actually had several phone calls asking if they can participate in the hunt, but again, for safety we are going to limit it to just those two individuals," Benz said.

Benz said public works has consulted with the Missouri Department of Conservation extensively on the issue.

"We want to keep them from nesting here," Benz said. "You can't just capture and release with them. Once they nest, they become imprinted with the area and will come back every year. We aren't trying to eliminate them, just thin the flock a little."

This is the first time Cole County has tried a managed hunt for goose population control.